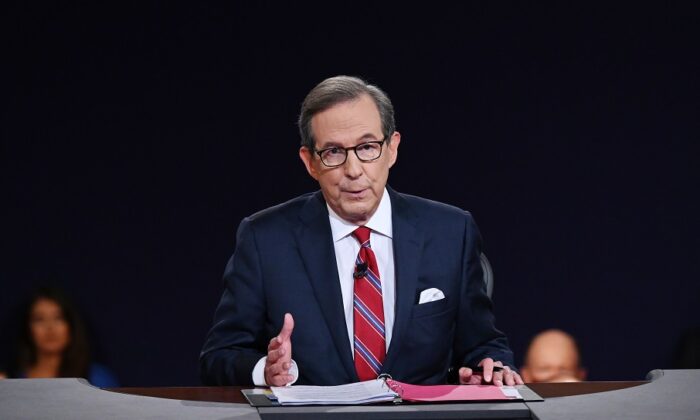 Wallace will join CNN+, the news organization’s streaming product that’s launching next year, and will host a show that interviews celebrities, politicians, business leaders, and sports figures, according to CNN in a news release.

“I am thrilled to join CNN+. After decades in broadcast and cable news, I am excited to explore the world of streaming. I look forward to the new freedom and flexibility streaming affords in interviewing major figures across the news landscape—and finding new ways to tell stories,” Wallace said in a statement provided by CNN.

On Sunday, Wallace told viewers that “after 18 years—this is my final Fox News Sunday … it is the last time—and I say this with real sadness—we will meet like this.”

“Eighteen years ago, the bosses here at Fox promised me they would never interfere with a guest I booked or a question I asked. And they kept that promise,” Wallace, the son of CBS correspondent Mike Wallace, added in his on-air announcement. “I have been free to report to the best of my ability, to cover the stories I think are important, to hold our country’s leaders to account.”

Fox News, meanwhile, said that it would use a rotating slate of hosts to replace Wallace on Sundays.

In recent weeks, CNN has been plagued by scandal. The network announced last weekend that it fired Chris Cuomo after reports suggested that he was more involved in trying to help his brother, then-New York Gov. Andrew Cuomo, navigate a public relations implosion following a series of sexual harassment allegations last year.

And over the weekend, a CNN producer, John Griffin, was arrested on charges that he allegedly coerced parents to allow their minor daughters to engage in sexual activity in his Vermont home. According to his LinkedIn profile, Griffin had worked on CNN’s “New Day.”

On several “communication platforms, Griffin sought to persuade parents to allow him to train their daughters to be sexually submissive,” U.S. Attorney’s Office in Vermont wrote in a statement. “In June of 2020, Griffin advised a mother of 9- and 13-year-old daughters that the mother’s responsibility was to see that her older daughter was ‘trained properly.'”