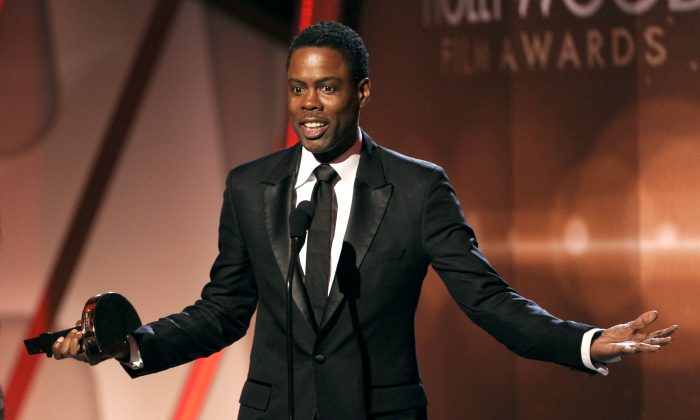 Chris Rock in a recent editorial described Los Angeles and Hollywood as a “weird town” where whites expect Mexicans to take care of them.

Rock did the piece in The Hollywood Reporter, describing his experiences of working in a “white industry.”

“But forget whether Hollywood is black enough. A better question is: Is Hollywood Mexican enough? You’re in L.A, you’ve got to try not to hire Mexicans. It’s the most liberal town in the world … , but just an acceptance that there’s a slave state in L.A. There’s this acceptance that Mexicans are going to take care of white people in L.A. that doesn’t exist anywhere else. I remember I was renting a house in Beverly Park while doing some movie, and you just see all of the Mexican people at 8 o’clock in the morning in a line driving into Beverly Park like it’s General Motors. It’s this weird town.”

“You’re telling me no Mexicans are qualified to do anything at a studio? Really? Nothing but mop up?” added Rock. “What are the odds that that’s true? The odds are, because people are people, that there’s probably a Mexican David Geffen mopping up for somebody’s company right now. The odds are that there’s probably a Mexican who’s that smart who’s never going to be given a shot.”

“And you should at least be able to count on your people, and then it grows from there. If someone’s people don’t love them, that’s a problem. No one crosses over without a base. But if we’re going to just be honest and count dollars and seats and not look at skin color, Kevin Hart is the biggest comedian in the world. If Kevin Hart is playing 40,000 seats in a night and Jon Stewart is playing 3,000, the fact that Jon Stewart’s 3,000 are white means Kevin has to cross over? That makes no sense. If anybody needs to cross over, it’s the guy who’s selling 3,000 seats,” he wrote.