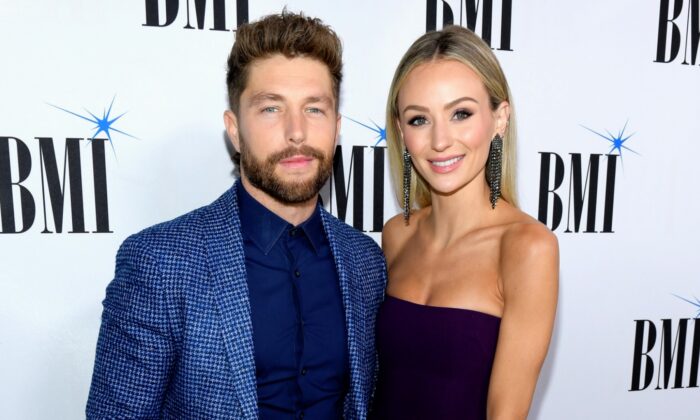 Lauren Bushnell, the wife of American country singer Christopher Lane, called the mask mandate for young children “not fair” and “cruel,” explaining the measure has an impact on kids’ concentration and ability to learn in school.

“Young children cannot learn with a mask on period point-blank. This is cruel. I am thankful we are able to travel for now to see family [because] Dutton is not two and in my heart, I know for a fact he would never keep a mask on at the young age of 2,” Bushnell, who shares son Dutton with her husband, said on Instagram Tuesday, Fox News reported.

“I’m not anti-mask but if you let [75,000] people gather in a stadium—child care programs with TODDLERS can lose the masks,” her post added, which references Super Bowl LVI,  where many attendants, celebrities, and government officials flouted masking rules.

The NFL sports event, which took place in Inglewood, California, fell under the “mega-event” category created by the county. That means that all people aged 2 years and older at the game should have worn a mask unless they were eating or drinking, including attendees outdoors.

Bushnell, who is known for her appearance on Season 20 of “The Bachelor,” said she believes the mask mandate for young children is “not fair.” She shared her view just a day after reports emerged that dozens of famous people and government officials were spotted maskless during Super Bowl LVI.

“Everyone should have a choice,” Bushnell said, who stressed her stance comes from her intention to protect Dutton. “[I] will forever fight for this baby and his right to learn,” she added.

“I have the ability to home-school him or send him to private school if I have to. Not everyone has this ability to do for their children. It’s not fair and cruel to an entire generation,” she wrote in the caption of a picture from her 8-month-old son.

Bushnell concluded in the post that every parent knows what’s best for their baby, noting that she only wanted to have an open dialogue on the matter and share her personal belief that “children learn best without a mask.”

“Self-motivated politicians controlling our children’s learning makes me sick. Mom knows best and not every child is the same!!!” she said.

Critics of mask mandates for children say that the mitigation strategy has done more harm than good.

Ian Jameson is the founder of Los Angeles Leftists for Choice and Unity, a group of people who lean left politically yet are against COVID-19 related mandates.

“Americans are guaranteed by law the right to refuse the use of all [emergency use] medical products. Therefore, all school districts, not just in Orange County but in the United States, are violating federal law by mandating students to use these [emergency use] masks,” Jameson told The Epoch Times.

Two years after the pandemic began—and after schools statewide were closed for around 18 months—multiple states, including New York and Connecticut, are still enforcing mask mandates for students, regardless of COVID-19 vaccination status.

A growing list of states, including New Jersey and Massachusetts, have started to phase out their classroom mask mandates and will soon—or already have—stopped requiring students, teachers, and staff to wear masks while indoors.

“We continue to recommend universal masking in our schools. And so, our guidance has not changed, and what I will say is in this current moment, I’m pleased to say that about 96 percent of our children are in schools and that the masking has allowed them to be in school safely,” said Walensky.