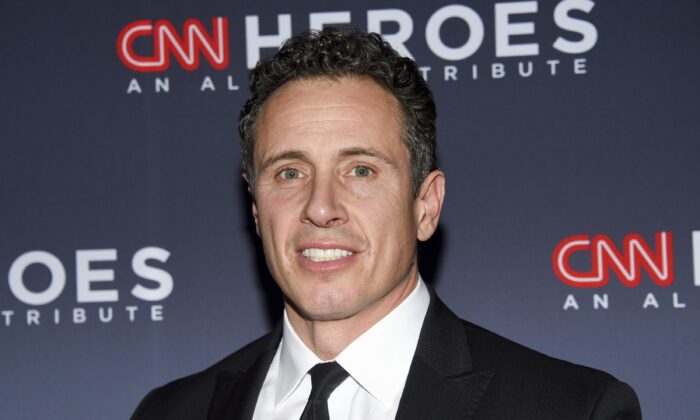 A woman who was Chris Cuomo’s boss at ABC News says he harassed her after a party in 2005.

Cuomo, now a host at CNN, has acknowledged an incident took place.

Shelley Ross, who was Cuomo’s boss while they were both at ABC, said in an op-ed that Cuomo greeted her at the party in a violative manner, gripping her buttocks.

“I can do this now that you’re no longer my boss,” Cuomo was quoted as saying.

Ross said he could not and moved so he could see her husband was near her and had witnessed what happened.

Cuomo soon emailed Ross to say he was “ashamed” and that somebody had been arrested for “a (kind of) similar act,” according to a copy of the message Ross kept.

“And as a husband i can empathize with not liking to see my wife patted as such,” Cuomo apparently added before apologizing to both Ross and her partner.

Ross said she’s coming forward about what took place over a decade ago because of Chris Cuomo’s support for his brother, now-former New York Gov. Andrew Cuomo.

“I have no grudge against Mr. Cuomo; I’m not looking for him to lose his job. Rather, this is an opportunity for him and his employer to show what accountability can look like in the MeToo era,” Ross wrote.

CNN did not respond to a request for comment.

Cuomo told the New York Times: “As Shelley acknowledges, our interaction was not sexual in nature. It happened 16 years ago in a public setting when she was a top executive at ABC. I apologized to her then, and I meant it.”