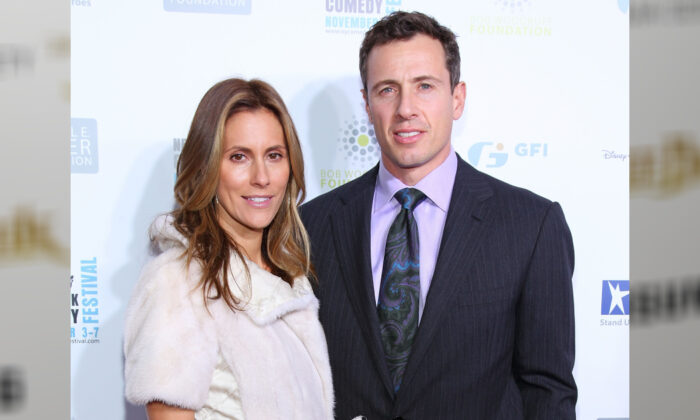 Chris Cuomo’s 14-Year-old son Mario has tested positive for the CCP virus, just days after the CNN anchor was able to reunite with his family following weeks of self-isolation.

Cuomo’s wife Cristina announced that their child has become infected with the virus, which causes COVID-19 disease, in an Instagram post on April 22. Her post paid tribute to late photographer Peter Beard and commemorated Earth Day, telling her followers it was important to “show kindness toward our planet and every creature who inhabits it.”

Cristina was also diagnosed with the CCP virus and had been battling the disease for the past 10 days. She shared a collection of family photos as she explained how she had been helping her son get through this difficult time.

“This virus has created a different version of me. My hope is to be stronger, healthier, smarter about the virus at large. After 10 days of ups and downs, feeling good one-day and terrible the next, I am now working toward getting my son, Mario, through the virus. My heart hurts more than my head over his infection,” she wrote, adding that she was using several methods that had worked for her to help nurse him back to health.

“This virus does not discriminate. While kids are more resilient, they can suffer same severity of symptoms. I’m applying a modified version of my remedies for his protocol with a focus on lots of vitamins. Since his sense of smell and taste have disappeared, I am feeding him healthy foods that I normally can’t get him to touch. I kept a diary of the past week including my remedies and things that I did to stay sane through it all,” she continued, sharing a link to her website.

The Cuomo’s announcement comes just days after Chris was reunited with his family after self-isolating in the basement of their home amid his month-long battle with the CCP virus. The news anchor first announced his diagnosis in March, while wife Cristina was diagnosed roughly two weeks later.

Cuomo continued to host his nightly CNN show from quarantine and shared regular updates about his battle to overcome the illness. He ended his quarantine on Monday, calling it the “moment I’ve been dreaming of literally for weeks.” In a video shared to Twitter, Cuomo confirmed both he and his wife have been cleared by the Centers for Disease Control and Prevention. He said he plans to donate blood in the hope his antibodies can be used to help those still fighting the virus.

However, it is technically not the first time Cuomo had left his basement in recent weeks. While visiting a property, he is developing in East Hampton over the Easter weekend; Cuomo got into a heated argument with a 65-year-old bicyclist who questioned why he had left his home when he was supposed to be quarantined.

The bicyclist later filed a police report, according to a New York Post report, saying he felt the CNN anchor had threatened him after he confronted him over why he had undertaken “unnecessary travel,” despite his brother Gov. Andrew Cuomo calling for all New Yorkers to stay home and avoid non-essential travel.