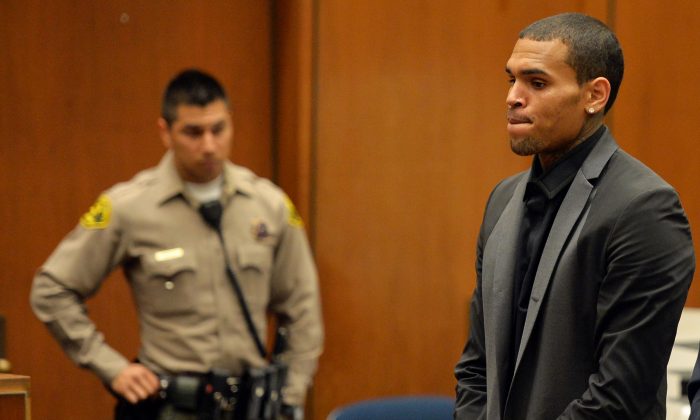 R&B singer Chris Brown appears during a court hearing at Los Angeles Superior court in Los Angeles, July 15, 2013. A Los Angeles judge has revoked Chris Brown's probation after reading details of an alleged hit-and-run accident and his behavior afterward, but the singer was not ordered to jail. The prosecutor did not ask for Brown to be jailed. Another hearing is set for Aug. 16. The singer has been on felony probation in the 2009 beating of former girlfriend Rihanna. (AP Photo/Alberto E. Rodriguez)
Entertainment

Chris Brown on Tuesday said on Twitter that he’s probably not going to make another album after his next one, as he “tired of being famous for a mistake.”

He added later: “Being famous is amazing when it’s for ur music and talent. I’m tired of being famous for a mistake I made when i was 18. I’m cool & over it!” He apparently was referring to assaulting his then-girlfriend Rihanna.