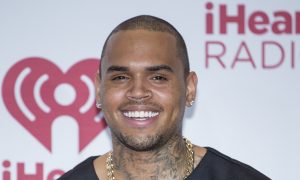 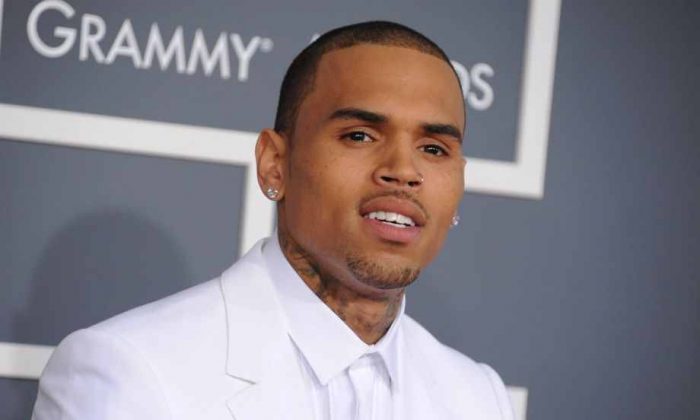 Chris Brown was arrested on suspicion of assault with a deadly weapon on Aug. 30. He was released from jail after posting bail.
Entertainment

MANILA, Philippines—Grammy award-winning singer Chris Brown is finally on his way out of the Philippines after being stranded for three days due to a fraud complaint against him for a canceled concert last New Year’s Eve. But he has to sit through a three-hour delay at Manila’s airport and fly to Hong Kong instead of Macau.

Brown was able to obtain late Friday a certificate that allows him to leave the country, said Elaine Tan, spokeswoman of the Immigration Bureau.

The 26-year-old R&B artist performed Tuesday at a packed concert in Manila but wasn’t allowed to leave after a corporation, run by an influential religious group’s members, filed a fraud complaint against him for a canceled New Year’s Eve gig.

Chris Brown and Rihanna ‘Back Together’? No Evidence Claim is True

Journalists saw Brown and around 10 others walking to his private plane parked at an airport hangar. Before he boarded, he invited Filipinos to join him in a party in Macau.

“Manila, it was fun. I love ya’ll, man. If you can come to Macau, party tonight! Turn up,” he said in a video posted on Instagram. A second posting advertised the Macau club appearance, but he has to fly to Hong Hong instead due to problems revising an earlier flight plan.

Tan said Brown obtained the departure clearance at the bureau’s extension office and not at the main office in downtown Manila staked out by dozens of journalists.

She said the clearance was given after “verifying that Chris Brown has no other derogatory record apart from the (immigration lookout bulletin)” that was issued Wednesday.

“Departure formalities will be implemented by immigration officers at the airport,” she added in a text message.

Earlier Friday, Brown tweeted: “This is a very serious situation and someone needs to be held accountable for mixing my name up in all this.”

“I’ve done nothing wrong,” he added.

He said he returned to Manila to do a show to make up for the canceled concert. The initial performance was to be at the 55,000-seat Philippine Arena, operated by a corporation owned by the politically influential Iglesia ni Cristo religious group.

In its complaint, the Maligaya Development Corp. alleged Brown and promoter John Michael Pio Roda canceled after being paid in full for a $1 million contract.

Justice Secretary Leila de Lima said Friday state prosecutors will summon Brown for a preliminary investigation into the complaint, but his presence at that stage of the criminal proceedings can be waived. Charges will be filed in court if prosecutors find probable cause to charge Brown and the promoter.

“What is important at this point is for him to know that there are criminal proceedings against him at the preliminary investigation level,” De Lima told reporters.

The clearance from Immigration Commissioner Siegfred Mison was needed because of the fraud complaint.

Why Did Chris Brown Go Off on Adrienne Bailon and Tamara Braxton?

In several postings on social media, Brown has addressed the travel delay, pleading in one on Instagram late Thursday night, “Please, please let me leave, please.”

Some of the postings have been removed. The promoter Pio Roda could not be contacted to address the specifics of the complaint.

A canceled concert in Hong Kong this week has not yet been rescheduled. Another concert was scheduled in Macau on Friday night.