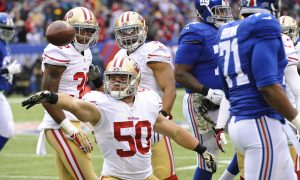 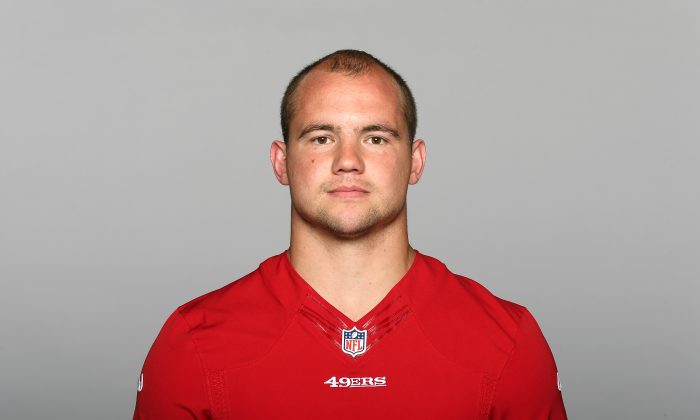 Despite retiring after just one season in the NFL, Chris Borland made over one million dollars. (AP Photo)
NFL

Chris Borland Salary Breakdown: How Much Did LB Make During Career?

Chris Borland retired after only one year of playing professional football, but he still made over a million dollars.

Borland was signed to a four-year, $2.9 million contract after being drafted by the 49ers in the 2014 draft in the third round. That contract included a $617,436 signing bonus.

Borland will get all of that signing bonus despite retiring early, according to reports. He also earned $420,000 for his first season.

Fans are also wondering how much Borland gave up in his quest for a healthy future (he said he’s retiring because the risk of playing in the NFL outweighed the potential benefits, which includes more money).

And he gave up many more millions that he likely would have earned if he played long enough to sign a new contract, since he was slated to become an unrestricted free agent in the 2018 offseason. 18 inside linebackers currently make $5 million or more a season, while 12 others make between $2 million and $5 million a season.

Borland, provided that he kept improving and maintained a hold on a starting position, which he was expected to do, would have likely seen a contract for about $7 million a season for four to five years.

Not including a hypothetical smaller third contract after his hypothetical big one, Borland gave up about $30 million to retire very early.

“I feel largely the same, as sharp as I’ve ever been. For me, it’s wanting to be proactive,” Borland told ESPN.

“I’m concerned that if you wait ’til you have symptoms, it’s too late. … There are a lot of unknowns. I can’t claim that X will happen. I just want to live a long, healthy life, and I don’t want to have any neurological diseases or die younger than I would otherwise.”