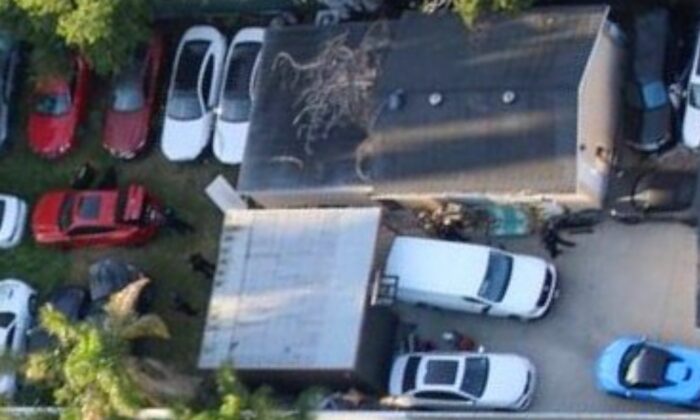 A special unit with the California Highway Patrol (CHP) seized about three dozen luxury cars with an estimated value of $2.3 million after a two-month-long investigation, the state law enforcement agency said.

Detectives arrested one suspect after serving a search warrant in the San Fernando Valley, where along with the stolen luxury vehicles, an indoor marijuana grow operation of more than 400 plants was also discovered.

The agency did not release the name of the suspect and no charges were mentioned.

“Vehicle theft suspects are frequently involved in other criminal behavior, including weapons possession, narcotics trafficking, and other violent crimes that impact the community,” the CHP said in a statement.

The state agency also showed photos of the stolen vehicles parked in a lot that appears to be the backyard of a business or home.

The CHP said the investigation is ongoing and urges anyone who has information, or could be a victim of the vehicle theft, to contact the unit at 323-644-9550.

The investigation was conducted by the CHP’s Southern Division Special Services Vehicle Theft Unit, which is assigned to investigate all offenses associated with motor vehicle theft.