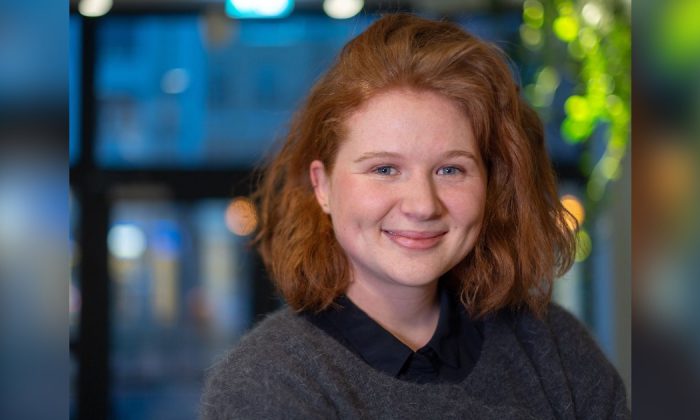 The 25-year-old heiress to the German biscuit empire behind Choco Leibniz biscuits has apologized for saying the family business “did nothing wrong” in its use of forced labor under Nazi rule.

Verena Bahlsen, whose father owns Bahlsen, the company behind Germany’s most famous biscuits, has been accused of attempting to downplay the hardship of the 200 forced laborers the business employed during the Second World War.

Most of the forced laborers employed by the Hanover-based firm between 1943 and 1945 were women from Nazi-occupied Ukraine.

“This was before my time and we paid the forced laborers exactly as much as German workers,” said Bahlsen.

The heiress’s comments have been met with intense criticism after she told Bild newspaper that the forced workers were treated “well” by her company.

There is an official statement from Bahlsen regarding current media coverage and discussions in the social networks on Bahlsen – https://t.co/iZRmDLEQOl

Bahlsen, who is set to inherit 25 percent of the family business, has since apologized for her “thoughtless response.”

“It was a mistake to amplify this debate with thoughtless responses. I apologize for that. Nothing could be further from my mind than to downplay National Socialism or its consequences,” she said.

She added that she recognizes the importance of learning more about the business’s history. “As the next generation, we have responsibility for our history. I expressly apologize to all whose feelings I have hurt.”

Her controversial comments came after she told delegates at a marketing conference last week that she is a “capitalist” who “wants to make money and buy yachts with my dividends.”

German politicians hit out at her remarks, while social media users called for a boycott of Bahlsen biscuits, the Guardian reported.

If you want to buy #Bahlsen products & support the lifestyle aspirations of a #Nazi apologist heiress, go ahead.
Me, I’ll never buy one of their products again.https://t.co/zDAQgXKXbE

“If you inherit such a large estate you also inherit responsibility and should not come across as aloof,” Lars Klingbeil, the Social Democratic Party’s general secretary, told Bild.

It tweeted on May 13, “The issue of Nazi forced labor is often still a blind spot in the collective memory.”

There was “a great knowledge gap for family members of the Bahlsen family,” it added.

Felix Bohr, a writer and historian, argued in Der Spiegel magazine that Bahlsen must “face up to its [Bahlsen’s] historical responsibility,” although she could not change the firm’s past. He also hit out at her “obliviousness to history.”

Guy Stern, a 97-year-old scientist whose family was killed in the Holocaust, told reporters that Bahlsen was speaking about the forced workers “from the high viewpoint of an heiress.”

Prof. Michael Wolfssohn of the German Military University in Munich condemned her comments as “pub corner talk” that are “morally repugnant and unworthy of a German company,” the Telegraph reported.

The forced laborers for the the Hanover-based firm were taken forcibly from their homes in Kyiv, often leaving their children behind, according to the Telegraph.

Between 2000 and 2001, the Bahlsen company voluntarily paid 1.5 million Deutschmarks (about $856,000) into a fund managed by German companies to compensate 20 million forced laborers used under the Nazi regime, the Guardian reported.

The Bahlsen company said in a statement it is “aware of the great suffering and injustice suffered by the forced laborers and many other people, and recognizes its historical and moral responsibility,” according to the Telegraph.