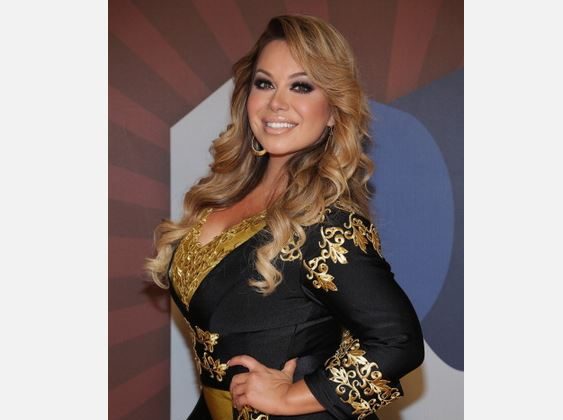 Chiquis Rivera has responded to criticism following her performance at Premios Juventud 2014.

“Even if the world tells you that you can’t and some turn their back on you and talk bad about you, criticize you and even tell you how you’re going to die, don’t be afraid,” she wrote recently on Instagram.

“Maintain yourselves firm and with no fear. He has everything under control and will be the wind under your wings, when the tree you thought would always be there supporting you is not.”

She also shared a quote on Instagram: “Whoever hurts you, makes you stronger. Whoever criticizes you makes you important. Whoever envies you, makes you valuable. And it’s fun that those who wish you the worst, have to put up when the best happens to you.”

And then one on Facebook: “A bird sitting on a tree is never afraid that the branch breaks because his confidence is not in the branch, it’s in his wings.”

Meanwhile, the Rivera family is planning an annual concert to remember Jenni, which would continue happening every year until 2022.

The family wants to hold at least the first concert in Los Angeles later this year, reported TVyNovela.

The “Jenni Vive” concert was held at Arena Monterrey in remembrance of the singer. Funds for such concerts typically go to charity.