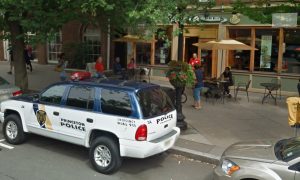 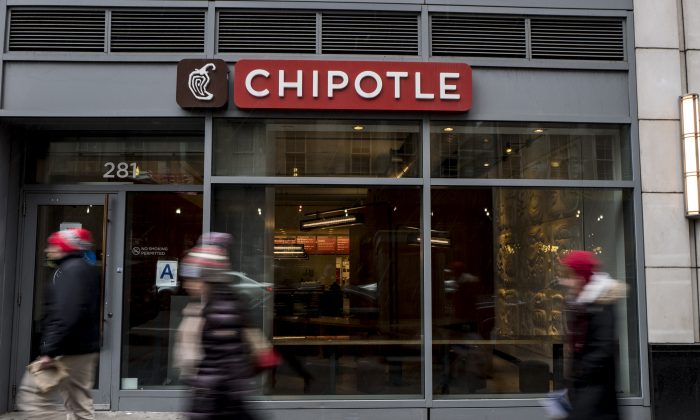 Fast-casual chains like Chipotle Mexican Grill Inc. and Panera Bread are tapping the fast-food playbook as they grapple for growth with old-school stalwarts like McDonald’s Corp. and Burger King.

The latest evidence? The drive-thru window, a mid-20th-century innovation, is back in the limelight as chains competing for “share of stomach” hone in on the convenience factor.

McDonald’s popularized the drive-thru in the 1970s, and fast food chains still generate an estimated two-thirds of its sales from customers who don’t get out of their cars. Chipotle, Panera and Noodles & Co. and other slightly higher-end fast-casual chains originally insisted their key to success was doing things differently from the traditional fast-food leaders. But they’ve changed their tune, and are now betting that Gen Z and Millennial diners are just as willing as past generations to collect their orders from inside the car.

“In order to grow and compete they have to get in the game like everybody else,” said Tom Cook, a principal at King-Casey, a restaurant consultancy. “That stigma of doing anything that’s been done in quick-service restaurants has pretty much gone by the wayside.”

Chipotle, under the leadership of former Taco Bell chief Brian Niccol, is adding dozens of what it calls “Chipotlanes.” Noodles is doing the same as to-go orders surge. Starbucks Corp., founded on the idea that its cafes are a “third place” for customers outside of work and home, says that 80 percent of its new locations will have car service as it focuses on suburban areas.

Panera, meanwhile, says that 40 percent of its 2,100 locations have drive-thrus, and this will rise to a majority in the next few years. Dan Wegiel, the company’s chief growth and strategy officer, said the feature “absolutely is a significant boost to our overall sales.”

“Fast-casual are looking at it and saying, ‘Hey, that’s where the consumer is going and we need to be there,” Wegiel said in an interview. “Historically, there was some trepidation.”

The rise of fast-casual car lanes puts these chains more squarely in competition with fast food. And McDonald’s isn’t standing still either when it comes to drive-thrus. The company recently announced a $300 million acquisition of a technology firm that creates personalized menus for driving customers.

The use of drive-thrus has risks, however. They could erode fast casual’s relative premium branding over fast food, and finding locations that can accommodate the outdoor service lane is difficult and expensive. The trend has already put pressure on real estate prices, according to Rob Hunziker, owner of restaurant brokerage Advanced Restaurant Sales.

While Noodles says its real-estate costs aren’t increasing yet, 75 percent of its new stores will have a pick-up window. That’s a reversal from the chain’s previous philosophy on car service, and admittedly puts the chain “closer to the fast food” in the minds of shoppers who may think the quality isn’t so great, Chief Executive Officer Dave Boennighausen said in an interview. But coming-of-age Gen Z customers want the option and they don’t perceive pick-up windows as lower quality, he said.

Drive-thrus can be difficult for another reason: It’s tough to replicate the on-the-spot customization that helped fast-casual chains gain prominence, such as Chipotle’s assembly line where employees add ingredients in front of customers. For now, the burrito chain’s drive-thrus are reserved for mobile orders only.

The Mexican chain has bounced back from its food-safety crisis of recent years as Niccol taps his Taco Bell experience. The chain, with about 2,500 U.S. restaurants, has just 11 drive-up windows at the moment but plans to add “several dozen” this year. Over the longer term, the feature will help Chipotle double its U.S. store count, Niccol said in an interview earlier this month.

Salsarita’s Fresh Cantina LLC, a Mexican chain that has 85 restaurants, is adding drive-thrus to 80 percent of its new stores as customer preferences shift, CEO Phil Friedman said. He recalled how his company lost a top drive-thru location in Lincoln, Nebraska, to Starbucks.

“Fast casual used to be about the dine-in experience,” he said. “Times have evolved.”