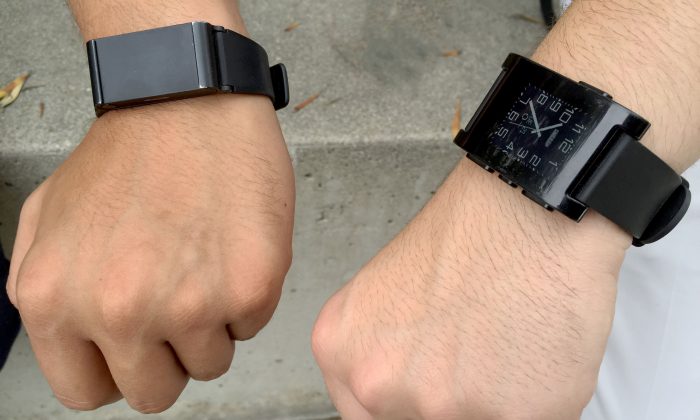 "You can send a video in a couple of seconds, but you don't consume the energy of the wearable device. The transmitter externally is expending energy—not the watch or other wearable," M.C. Frank Chang explains. ( NASA/JPL-Caltech)
Tech

A new microchip could make the batteries in your high-tech wearables last longer.

Adrian Tang of NASA’s Jet Propulsion Laboratory and M.C. Frank Chang at the University of California, Los Angeles, have been working on microchips for wearable devices that reflect wireless signals instead of using regular transmitters and receivers. Their solution transmits information up to three times faster than regular WiFi.

“The idea is if the wearable device only needs to reflect the WiFi signal from a router or cell tower, instead of generate it, the power consumption can go way down (and the battery life can go way up),” Tang says.

Information transmitted to and from a wearable device is encoded as 1s and 0s, just like data on a computer. This needs to be represented somehow in the system the wearable device uses to communicate. When incoming energy is absorbed by the circuit, that’s a “0,” and if the chip reflects that energy, that’s a “1.”

This simple switch mechanism uses very little power and allows for the fast transfer of information between a wearable device and a computer, smart phone, tablet or other technology capable of receiving the data.

Send Video in a Few Seconds

The challenge for Tang and his colleagues is that the wearable device isn’t the only object in a room that reflects signals—so do walls, floors, ceilings, furniture, and whatever other objects happen to be around. The chip in the wearable device needs to differentiate between the real WiFi signal and the reflection from the background.

The technologists have tested the system at distances of up to 20 feet (6 meters). At about 8 feet (2.5 meters), they achieved a data transfer rate of 330 megabits per second, which is about three times the current WiFi rate, using about a thousand times less power than a regular WiFi link.

“You can send a video in a couple of seconds, but you don’t consume the energy of the wearable device. The transmitter externally is expending energy—not the watch or other wearable,” Chang explains.

A base station and WiFi service are still required for the system to work. To compensate for the low power drain on the wearable device, the computer or other technology it’s communicating with must have a long battery life or else be plugged in. The router will experience more power usage, too.

In the Hospital or in Space

The next challenge for the engineers will be to examine this problem, so it doesn’t hike up the user’s power bill.

There are a multitude of potential applications for this technology, including in space. For example, astronauts and robotic spacecraft could potentially use this technology to transmit images at a lower cost to their precious power supplies. This might also allow more images to be sent at a time.

Wearable devices are a hot topic in medicine, too. Some doctors envision that wearables will become essential for monitoring vital signs such as blood pressure and heart rhythm. Such innovations could detect problems early, save lives, and avoid costly hospital admissions.

The patent application for this technology is jointly owned by the California Institute of Technology, which manages JPL for NASA, and UCLA. There are agreements in place for the commercialization of the technology.