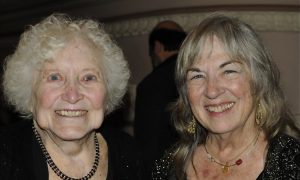 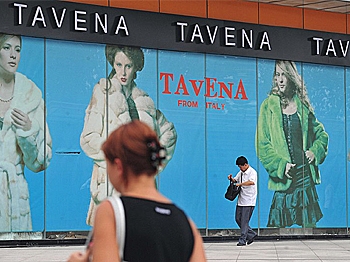 It has been reported that the Chinese Communist Party would spend 370 billion yuan to stimulate its economy. (Frederic J. Brown/AFP)
China

By Epoch Times Staff
Print
As China’s market is anticipated to see a slight dip in the post-Olympic economy, it has been reported recently that the Chinese Communist Party is considering a 370 billion yuan (approximately US$54.03 billion) economic stimulus package.

Several mainland Chinese media organizations, including the Economic Observer newspaper and the Guangzhou Daily, reported on August 24 that the China Stock Web site verified that Chinese authorities are considering an expansionary financial policy to ease restrictions, and prevent economic decline. According to reports, this policy involves roughly 370 billion yuan, with 220 billion yuan ($32.14 billion) for new investments and a 150 billion yuan ($21.91 billion) tax cuts.

Sources say that the policy has gained recognition in China’s Central Leading Group on Economic and Financial Affairs (CLGEFA), but still needs to be further refined by the Ministry of Finance before being submitted to the State Council for approval. However, an official from the Ministry of Finance claimed no knowledge of such a plan.

The original news source came from a report on August 19 by J.P. Morgan (Asia Pacific)’s managing director and chief China economist, Frank Gong. Gong said that Chinese leaders are considering an economic stimulus plan of between 200 to 400 billion yuan ($29.24 to $58.48 billion). The report was not verified by any official source, but the Chinese stock market soared the day after the report was released. It has subsequently generated academic controversy.

The report quoted an official from the Ministry of Finance as saying that they knew somebody raised this idea. But the unnamed official explained that there is a distance between raising an idea and implementing it into the budget. He went on to say that the policy of the Finance Ministry should be based on overall economic demand. If China’s economy falls significantly and needs government investing and spending for stimulation, this can be achieved through financial procedures and funding sources.

An official from the CLGEFA confirmed that they are indeed considering such a policy for the purpose of easing tight policy restrictions and preventing economic decline. “Though some data has been leaked through unofficial channels, it has not affected serious federal study of the plan,” he said.

However, if this policy is to be implemented by the end of the year as some predict, there seems to be little left in the budget to fund such a measure.

The Chinese stock market has fallen close to 50 percent since the beginning of this year. The authorities only admit spending $42 billion on the Beijing Olympics, but senior economic advisor Huang Wei of the Beijing Municipal Commission of Development and Reform revealed the cost to be much greater.

According to Huang’s calculations, from Beijing winning the Olympics bid on July 13, 2001 to the opening ceremony on August 8, the total investment was about 520 billion yuan ($75.92 billion). Moreover, factoring in the cost of military, police and anti-terrorist squads for Olympic security, and the loss incurred from ordering polluting factories around Beijing to temporarily terminate operations in an effort to improve air quality, the total expense is even greater.

Since the opening of the Beijing Olympic, China’s stock market has been falling, triggering strong reactions from shareholders across the board. The Beijing Olympics did not seem to stimulate the economy, and some economists predict that it will even see a marked decline.

Some economic experts say that the Beijing Olympics will delay efforts to establish a basic social security system in China for at least eight years. Tens of millions of primary and middle school students in poverty-stricken areas will have to live in dangerous and broken homes for at least 10 more years.

In a recent article, renowned Chinese economist He Qinglian says that after investing such a large project, Beijing—the center of this activity—has only seen a one percent growth.

She points out that China’s real estate market—once the leading industry of China’s economy—has begun to collapse in the wake of the Olympics, affecting many enterprises in this field. Because of past success, many Chinese companies have switched their focus to the real estate market, but the recent consequences have been brutal. The Nanwang Information Industry Group Co., Ltd., the Zhejiang Yixin Pharmaceutical Co., Ltd. and Fukoda, now all face bankruptcy due to their involvement in real estate.