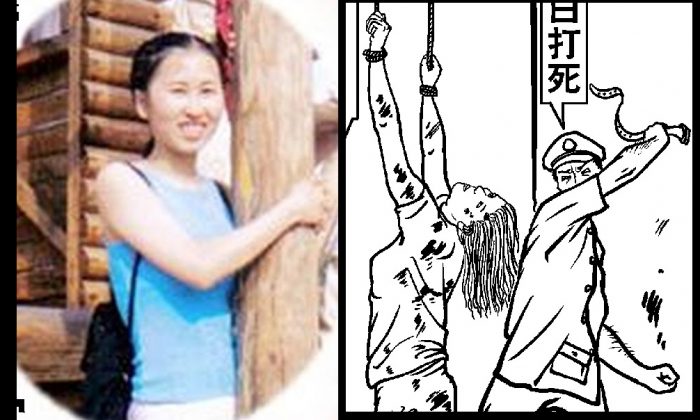 Chinese Woman Tortured and Interrogated About Her Trip to Hong Kong

When Chen Jing, a woman living in Jiamusi, northeastern China, left her apartment to pay an electricity bill, she was arrested, detained, and tortured by officers of the local Internal Security Division, a secret police force tasked with neutralizing individuals that the Communist Party deems to be political threats.

During the arrest, which occurred on Jan. 21. Officers body-searched Chen, confiscating her apartment key and 350 yuan (about $50) before taking her to the Youyilu police station. In the meantime, ten more officers had arrived at the scene to ransack Chen’s apartment.

Chen, a practitioner of the banned Falun Gong spiritual practice, had recently returned from a trip to Hong Kong. Last October, she was also involved in the latest episode of a protracted legal and human rights battle, the infamous Jiansanjiang case.

Jiansanjiang is a small region in remote northeast China that is the site of an infamous brainwashing facility. The regime agency that runs the center has been subject to litigation and protest for several years, for its detention and abuse of Falun Gong practitioners. The lawyers who sought to defend the internees were later themselves detained and tortured by police.

Details about the abuse of Chen come from Minghui, a Falun Gong website that collects and publishes reports about the persecution from mainland China.

Handcuffed to an iron chair for her interrogation, Chen Jing was grilled by several officers, including three “experts” from the Heilongjiang provincial police department about her trip to Hong Kong.

The next day, Jan. 22, she was transferred to the Jiamusi Detention Center.

In the meantime, officers ransacking Chen’s home confiscated many of her belongings, including multiple computers, two printers, cameras, and materials about the Jiansanjiang case.

They also seized her cash, a bank card containing 15,000 yuan (about $2,300), and multiple identification documents including her driver’s license, passport, and her housing contract.

Present at the interrogation were an Internal Security Division head and officers from multiple police branches in Jiamusi, a municipality-level territory that borders Russia.

On Jan. 27 or 28, Chen was tortured by being suspended from the ceiling using ropes tied in tight knots about her body, which formed a U shape. After repeating this excruciating routine for multiple half-hour intervals, officers smashed her against a wall. One of the tormentors broke all of her fingers, Minghui said.

Chen’s right arm and hand swelled to several times their normal size following this torture. Over the next few days, she was transferred between several police stations and detention centers, before being returned to the Jiamusi Detention Center for further interrogation on Feb. 8.

An officer surnamed Li questioned Chen about her Hong Kong trip and threatened her when she refused to answer.

While Hong Kong is part of the People’s Republic of China, Falun Gong can be freely and openly practiced there. Transit between the mainland and the former British colony allows Falun Gong practitioners to communicate with their counterparts in Hong Kong and the rest of the world.

On March 5 and 6, police tried pressuring Chen to cooperate by bringing in her family members. Aside from asking her details about her Hong Kong trip, they also tried to extract information about the court actions and activism planned by Falun Gong practitioners and human rights lawyers concerning a brainwashing center located in Qinglongshan, part of the Jiansanjiang agricultural settlement.

Later, police forced Chen to sign the interrogation record without reading it. She has been since placed in criminal detention, implying that she will be made to stand trial.

Following an attempt last October by Falun Gong practitioners in Northeast China to raise legal action against Sui Tingfu, a police official who plays a key role in the spiritual practice’s repression locally, police began a small campaign to arrest practitioners who had taken part in the latest bout of activism. The campaign also targeted rights lawyers supporting the practitioners.