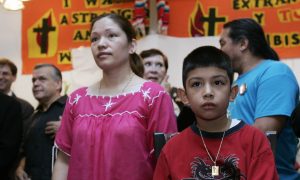 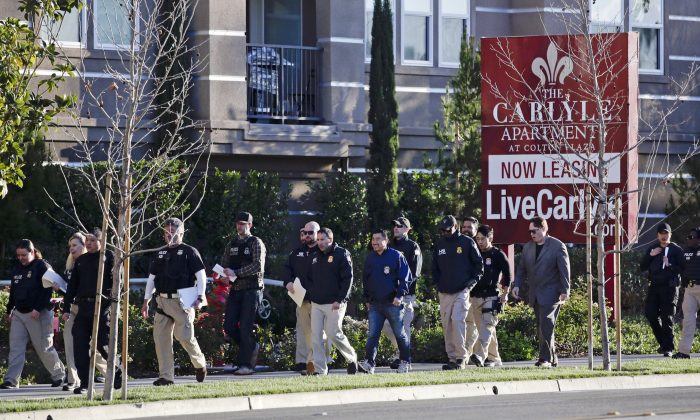 Authorities announced on Jan. 31 they have charged 20 people in an unprecedented crackdown on businesses that helped hundreds of Chinese women travel to the United States to give birth to American citizen children. (Jae C. Hong/AP)
US-China Relations

A Chinese woman has pleaded guilty to charges for running a California “birth tourism” business that charged wealthy Chinese clients tens of thousands of dollars to help them give birth in the United States, so their children could get U.S. citizenship, federal prosecutors said Sept. 17.

Li, based in Orange County, California, admitted in her plea agreement that from 2013 to March 2015 she operated a birth tourism company called “You Win USA Vacation Services Corp.,” which is active in both Irvine and China.

The company, the plea agreement stated, would help pregnant foreign nationals, mostly from China, to travel to the United States to give birth so their children would automatically receive U.S. citizenship. Once these children turn 21, they could then sponsor their parents for green cards.

The birth tourism business catered to wealthy pregnant clients and Chinese government officials, the Justice Department said, and coached clients on how they could pass visa interviews and customs checkpoints to get into the United States.

Li netted $3 million in payments from China over the two years of her business, and charged customers between $40,000 and $80,000 for her services which included providing the pregnant woman with an apartment in Irvine to stay in, prosecutors said.

According to the indictment, You Win advertised that it had a “100-person team” and served more than 500 Chinese birth tourism customers.

Li’s business also touted the benefits of giving birth in the United States, rather than in China, which would mean the children could have access to free education and priority for U.S. government jobs.

The company coached clients to lie on their visa applications and to U.S. immigration officials, the plea agreement said. Li also admitted to coaching customers on how to pass their visa interview at the U.S. Consulate in China—by lying that they were only going to stay in the United States for two weeks, when they were actually going to stay up to three months to give birth.

The plea agreement said Li’s customers were also coached on how to trick U.S. Customs at ports of entry by hiding their pregnancies.

The indictment also details communications in which Li discussed whether to refund a down-payment for a client when she found out “the baby is a girl, her husband arranged abortion for her.”

Li was among 19 people charged in January in the first federal crack down on the birth tourism industry. She is the first birth tourism operator to have pleaded guilty, prosecutors said, adding that the remaining defendants were either awaiting trial or fugitives.

U.S. authorities in January said the businesses not only engaged in fraud but created a national security risk. Their customers—some of whom work for the Chinese regime—have secured American citizenship for children who can later move back to the United States, and sponsor their parents for immigration.

According to prosecutors, Li’s plea deal included her forfeiting more than $850,000, a Southern California property worth more than $500,000, as well as several Mercedes-Benz vehicles.

Li is due to be sentenced on Dec. 16 and faces up to 15 years in federal prison.