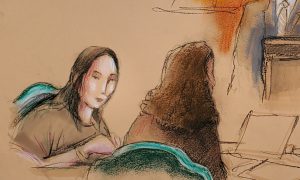 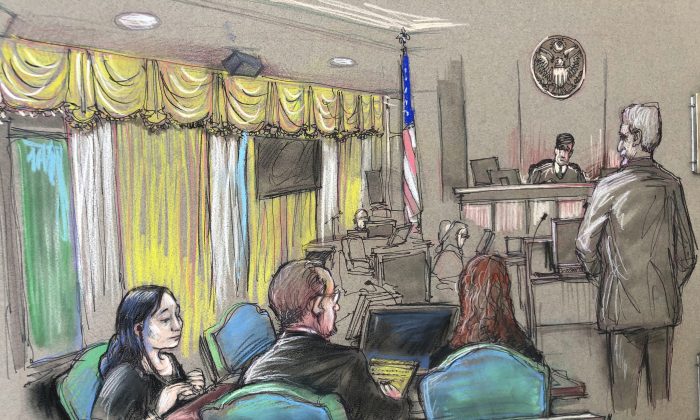 A Chinese woman was found guilty on Sept. 11 of trespassing at President Donald Trump’s Mar-a-Lago resort and lying to Secret Service agents.

Yujing Zhang, a 33-year-old Shanghai business consultant, faces up to six years in prison after a federal jury, composed of 10 woman and two men, reached a verdict after four hours of deliberation at a court in Fort Lauderdale, Florida.

The defendant showed no reaction when the verdict was read. She then spoke calmly with federal marshals, discussing what would happen with her legal papers. She smiled at her standby public defenders and was led out by the marshals.

Zhang represented herself in court, after firing her public defenders in June. She had expressed confusion over the course of her trial, while federal judge Roy Altman had repeatedly accused her at previous hearings of “playing games.”

The defendant was arrested on March 30 after she managed to pass a security checkpoint at Trump’s resort.

Prosecutors said Zhang lied to a Secret Service agent at the initial checkpoint, claiming that she was at the resort to use the pool—though she was not carrying a swimsuit. Her story changed when she made it to the resort’s reception, according to court documents.

Zhang told reception that she was at the resort to attend a United Nations Chinese American Association event, but the event had been canceled and prosecutors said she had known this.

When the agent informed Zhang that she had illegally entered the property, she became argumentative, and was then taken to the local Secret Services office for questioning.

During questioning, Zhang told the agent that she had traveled from Shanghai to attend the Mar-a-Lago event at the invitation of an acquaintance named “Charles,” whom she only knew through WeChat, a popular Chinese messaging app, court documents said.

Prosecutors said Zhang was carrying four cellphones, a laptop computer, an external hard drive, and thumb drive containing computer malware, and had told agents she was scared they would be stolen if she left them in her hotel room. However, a search of her hotel room turned up a signal detector—a device used to detect hidden cameras—nine USB drives, five SIM cards, and over $8,000 in cash, prosecutors said.

Zhang was not charged with espionage-related offenses.

Prior to Zhang firing the public defenders, the lawyers had said that she came to Mar-a-Lago believing there would be a dinner that evening for the United Nations group, part of a $20,000 travel package she had purchased from “Charles.” They pointed to a receipt Zhang received from Charles Lee, a Chinese national who promotes such events at Mar-a-Lago, and a flyer she had promoting it.

Lee ran a group called the United Nations Chinese Friendship Association, which is not affiliated with the U.N. He was photographed at least twice with Cindy Yang, a Chinese native and former Florida massage parlor owner. Yang made headlines earlier in the year after it was revealed that she ran a consulting firm promising Chinese business leaders access to Trump via events at Mar-a-Lago.

Trump and his family were at Mar-a-Lago on the weekend of Zhang’s arrest, but the president was at a nearby golf club at the time of the incident.