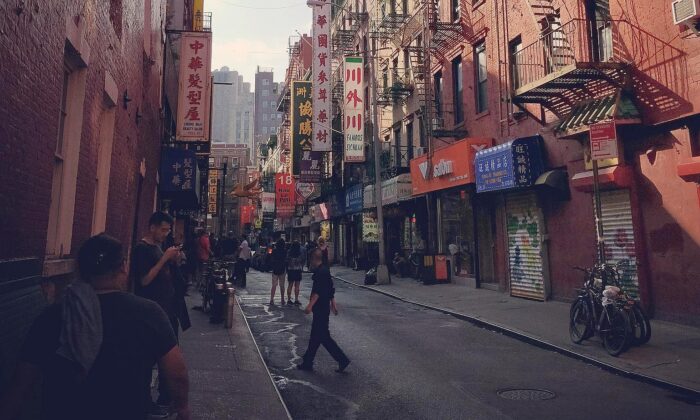 In November 2018, at the direction of then-President Donald Trump, the U.S. Department of Justice, the FBI, and other federal security and economic agencies launched the China Initiative to halt the massive transfer of American information and technology to China and counter Chinese spying in American businesses, research institutions, and universities.

In late February of this year the Biden administration terminated the project, alleging the initiative was racially biased and ineffective.

Perhaps. There is evidence the FBI mishandled several cases.

However, the strategic problems posed by China’s aggressive spying operations and influence operations within the United States have not disappeared.

Why didn’t the Biden administration address the China Initiative’s problems instead of eliminating the effort?

That’s not just a fair question, it’s a fundamental national security question that deserves better answers than the administration has provided.

Challenge No. 4 is relevant to this column: No. 4—The pervasive corruption of influential but venal individuals and venal institutions in democratic nations. The corruption is so internally corrosive to these nations that timely and effective political and military response to Challenges Nos. 1 through 3 is systemically delayed, undermined, or immobilized.

The other challenges were No. 1: Imperialist powers bent on recovering lost empires; No. 2: Failed states seeding regional anarchy; No. 3: Militant extremists attempting to acquire weapons of mass destruction.

They still plague us, and Challenge No. 4 exacerbates all of them.

The Pentagon, State Department and FBI take the national security threat of corruption very seriously. They refer to the corruption strategies, tactics and techniques employed by enemies targeting leaders and institutions as “weaponized corruption.”

China is unquestionably the most pervasive employer of weaponized corruption in the world.

China has outright cheated Congo. It promised to invest several billion in infrastructure projects, but by the end of 2021 had invested less than half of what the contract stipulated.

Congo is far more vulnerable than the U.S., but it provides an example of China employing economic and financial corruption techniques. State-owned Chinese companies are in thrall to the Chinese Communist Party (CCP). That means they are tools of CCP policy. The companies can be coerced financially and their employees physically intimidated—to do things like spy in the United States.

But the Biden administration terminated rather than improved the China Initiative.

Last year the Washington Free Beacon reported that China gave the University of Pennsylvania $72 million after Penn opened the Biden Center for Diplomacy and Global Engagement (Biden Center). Is it a cleverly disguised quid pro quo? Then there is Hunter Biden’s notorious laptop, which contains details about his multimillion-dollar deal with the CEFC China Energy company.

The sources of our corruption and the individually corrupt must be publicly identified and judicially confronted.