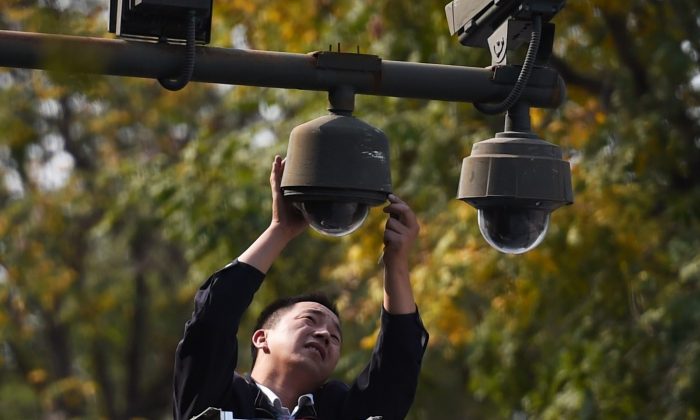 A worker adjusts security cameras on the edge of Tiananmen Square in Beijing on September 30, 2014. (GREG BAKER/AFP/Getty Images)
China

A Chinese website that provided a live feed through cameras placed in public places in cities across multiple provinces has been outed by Chinese media.

Though the site’s customer service page claimed that the videos were provided by third-party sites such as http://jia.360.cn/pc/ and http://camera.baidu.com, both sites denied collaborating with “Let Me See” or authorizing the use of their media, South Metropolis Daily said.

In the province of Jiangsu only, over 600 live video feeds were available, according to the state-run Xinhua news agency. The videos could be accessed by anyone with a stable connection.

In the city of Chengdu, more than 170 public areas were under the site’s authorized surveillance.

Chinese media did not specify to whom the cameras belonged. People interviewed expressed their discomfort with the invasion of privacy.

Following media attention, the site appears to have gone offline. Netizens reported that it was no longer available as of the night of Sept. 12. It remained offline the next morning, when Epoch Times staff tried to access the site.