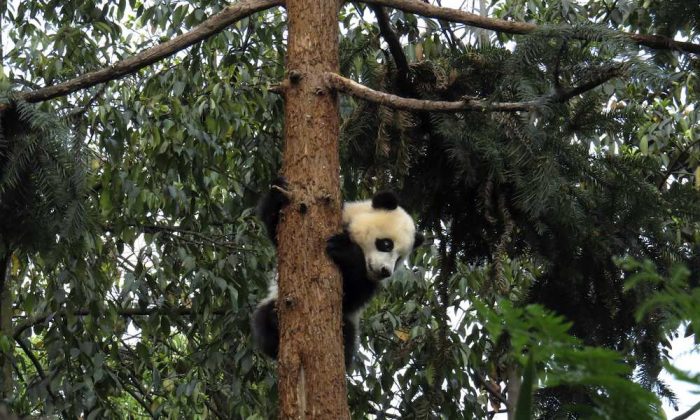 As China’s wine industry grows, communist officials are eagerly promoting the development of vineyards at the expense of wild panda territory.

In Sichuan and Shaanxi provinces, for example, there are over 1,600 giant pandas in native forests, but authorities are planning to expand wine-growing areas here and in other regions of China. For example, the Ministry of Science and Technology has approved a $3 million plan to promote viticulture in Ningxia Prefecture, as recently reported by Wenweipo.

U.S. scientist Lee Hannah is an expert on climate change, and discovered in a recent study that global warming’s effects on where grapevines can be cultivated mean that much of pandas’ natural habitat is suitable. The research shows that by 2050, 25 to 73 percent of current wine-growing land will no longer be able to support vineyards.

“Believe it or not, China is the fastest growing wine-producing region in the world,” Hannah wrote on Conservation International’s blog. “By aggressively buying both wine and vineyards, the country’s upper classes are driving up the price of both. As this upper-class fervor for wine reaches the middle class in China, demand will explode.”

“Much of that demand will be met by imports, but China has suitable areas for growing wine grapes, and production will start there as well. Those areas happen to be in the same mountains that are habitat for giant pandas, so wine expansion in China may have repercussions for what is arguably the world’s most iconic animal.”

In Sichuan’s Ganzi Tibetan Autonomous Prefecture, many local farmers are uncertain about growing grapes, despite heavy promotion of the idea by officials. according to the South China Morning Post. Authorities have therefore been clearing areas of forest for vineyards.

“Their enthusiasm is high and their ambition is big,” viticulture expert Pu Biao at Sichuan Agricultural University told the Post. “To many officials, growing wine grapes seems to be a perfect shortcut to economic development.”

“But I told them that big-scale plantations are inappropriate in the mountainous regions of Sichuan. Whether they listen is beyond my control.”