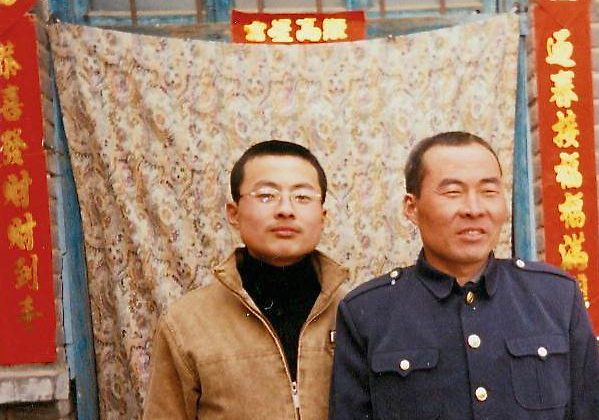 Over 700 villagers called on local authorities to release Li Lankui, an act of open defiance of the regime's policy on Falun Gong. (Minghui.org)
China

Chinese Villagers May be Tortured for Trying to Rescue Friend, Amnesty Warns

Half a dozen villagers from a small town in a Chinese province surrounding Beijing have been rounded up, detained, and tortured by local police, after they attempted to secure the release of another villager and friend who was persecuted for his belief in the Falun Gong spiritual practice.

Three individuals have been sent to forced labor while three are being punished through the judicial system, according to Amnesty International, which has followed the case and released an Urgent Action Alert about it recently.

Trouble started in Zhengding County, Hebei Province, in June, around the time of a visit to the province by Chinese Vice-Chairman Xi Jinping and Iowa Governor Terry Branstad. Local authorities struck on the occasion to carry out a “clean up” of Falun Gong practitioners in the area.

Falun Gong has been persecuted in China since 1999 after then-regime leader Jiang Zemin began to fear that the Chinese people would prefer Falun Gong’s traditional moral teachings to the Communist Party’s ideology.

Li Lankui, a Falun Gong practitioner and well-liked man in Donganfeng village in Zhengding County, was targeted by police during the security mobilization earlier this year.

After Li’s capture on June 7, villagers rallied in strong support of him, defying the authorities and risking violent retaliation. They collected 700 signatures, stamped with red wax thumbprints, from villagers calling on the authorities not to persecute their friend.

A prolonged campaign of payback was then waged by communist security forces, with a series of arrests carried out and leading so far to at least one death.

Amnesty recently drew attention to the arbitrary detention of Gao Suzhen and her husband Zhang Tianqi, who were captured on Aug. 7. A week later, on Aug. 13, a villager named Jia Zhijiang was also detained. Those three were charged with “criminal offenses,” Amnesty says, and are being held in the Zhengding County Detention Center.

Gao Suzhen on the night of her arrest was sent to the No. 260 hospital for emergency treatment, indicating that she may have been tortured soon after being detained to the extent that she needed immediate medical treatment to stop her from dying. She was transferred to a special investigative group afterwards, Amnesty said, where she was “further tortured during interrogation.”

The other three captives are Bai Suqin, Wang Yuexia, and Yang Rongxia, who were also detained on Aug. 7 and transferred to a re-education through labor camp in Shijiazhuang, a large city in Hebei Province, on Aug. 29. There they are at the mercy of camp guards and may be tortured, Amnesty indicated. They are not allowed to hire their own lawyers.

Up to now at least 16 people have been detained in the retaliatory crackdown against supporters of Li Lankui, according to Amnesty International. The group says that one woman was tied to an iron chair for 10 days and beaten with electric batons, as police attempted to find out who was behind the petition, and who sent information overseas.

The six individuals above remain in detention while the other 10 have been released, Amnesty indicated.

A letter was later sent anonymously, presumably by a number of local Falun Gong practitioners, to the Hebei provincial prosecutor’s office and a number of other law-enforcement agencies, describing the acts committed by the Zhengding County Public Security Bureau deputy director Gao Guo.

Gao Guo and others “set up secret torture chambers, shackled people to chairs for long periods of time, deprived them of sleep, threatened, intimidated, and savagely beat them, and even used high-voltage electric batons to torture them. They used torture to extract confessions from innocent citizens, violently obtained evidence, and carried out ransackings related to this 700 fingerprint incident.”

The letter continued: “They caused immense physical and mental harm, terrifying family members and friends. We call on all related leaders and judicial agencies to investigate and deal with this matter according to the law and safeguard the justice of the law!”