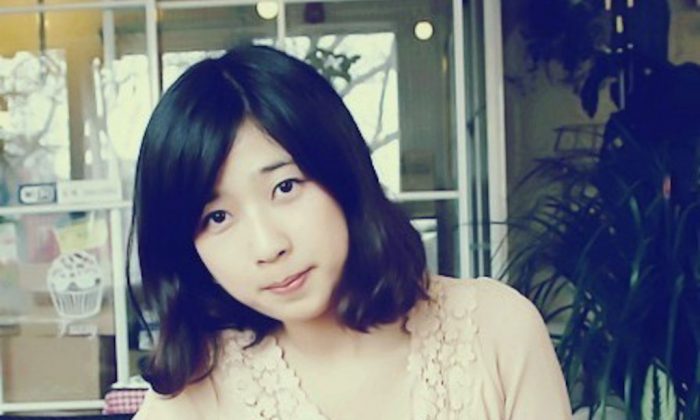 The third victim whose life was taken by the Boston Marathon explosions on April 15, 2013, a Chinese graduate student at Boston University. Her family requested her name not be released. (Weibo.com)
Boston Marathon

The sudden, violent death of a young Chinese student in the Boston Marathon bombing has ignited on the Chinese Internet a discussion about terrorism and the United States, with many netizens repudiating the anti-American sentiments that are often found in state media outlets.

The young woman was from Shenyang, a city in northeastern China, and was a graduate student at Boston University. In the morning before the bombing, she posted on Weibo a picture of her breakfast of breads and fruits, and wrote “my wonderful breakfast.” According to Phoenix, a Hong Kong broadcaster, her parents did not want her name disclosed, though it has been reported widely on the Chinese Internet.

She and her classmate, Zhou Danling, went to see the Boston Marathon together. Zhou was injured during the explosion.

With the news confirming the death of the young woman, more than 6,000 netizens posted messages online, lamenting the unpredictability of human life and reflecting on terrorism and the United States.

A popular blogger with a penchant for writing on human rights issues, Li Chengpeng, wrote to his more than 7 million followers on April 17: “A Chinese citizen lost her life during the bombing in Boston. Please click on the [candle sign], to wish that she may rest in peace.

“Approximately 12 years after 9/11, many people come to understand that terrorism is a global public enemy, for it targets people regardless of their nationality and ethnicity, and kills not only Americans, but also Chinese.”

“Unfortunately, there are people like the following,” he wrote, quoting a number of netizens who made remarks like: “Any blow to U.S. imperial arrogance is a necessity. It is unfortunate that those who have died are all normal citizens. Very sad.” Another said: “Because there is America, there are constant bombings in Iraq and Syria. The almighty God! Please take those explosives back to America.”

These posts and others like them were widely criticized, garnering more than 2,600 comments in 12 hours. Li’s post was also re-posted 6,700 times.

The sentiments in such posts were not, however, shared by majority; after the Sept. 11 terrorist attack on the United States, however, such views were relatively common.

Writer Cao Junshu blogged to his more than 71,000 followers: “Back when 9/11 occurred, many Chinese were frenetic, jumping up and down hysterically in celebration that U.S. imperialism was hit. However, after the Boston bombing, almost nobody on the Internet posted any messages indicating they were thrilled.”

“It was filled with condemnation and concern. After 11 years of development in the Internet, especially the increasing popularity of Weibo, many thoughts and global views of many Chinese people have undertaken a drastic change. Nowadays, as the wisdom of people slowly begins to mature, official media and textbooks have all lost their power to brainwash people. People now understand that the United States is not an evil country,” Cao wrote.

Netizen “Xiaoshan Gentleman” blogged to his 113,000 followers, commenting on coverage by broadcaster CCTV, the regime’s mouthpiece: “Consecutive explosions in Boston could simply be covered in a single news report. On the contrary, CCTV has gone berserk, with non-stop news coverage of the Boston bombing since 6 a.m. Not a single bit of detail has been missed.”

“All I want to say to CCTV is, why couldn’t you put your energy to report on the bird flu in our country? [Or report on] poisoned food, corrupted officials, illegal demolition that leads to bloodshed, or environmental issues,” he wrote.

A Shanxi netizen compared how Americans are able react to the losses of their people, and how Chinese citizens are able react to the loss of the young Chinese student in their more restrictive environment: “Americans can mourn for the victims of the bombing by lowering the flag at half mast.” In contrast, he wrote, in China “after any tragedy, our national propaganda machine goes on full throttle to bring emotional stability to the people.”