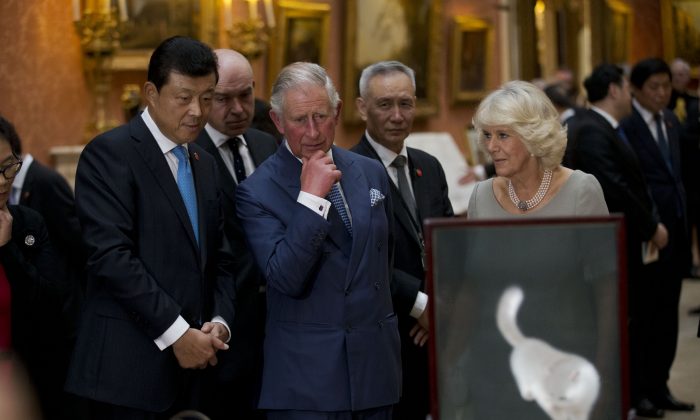 Chinese UK Ambassador Denies That China Is a Communist State

Liu Xiaoming, Chinese ambassador to the United Kingdom, raised objections to a British television host’s characterization of China as a communist state during an interview on Oct. 16., days ahead of Chinese Communist Party leader Xi Jinping’s visit to the United Kingdom.

When Jon Snow, host of Channel 4 News, noted “a degree of tension between the idea of a communist state and a free market economy,” Liu shot back, saying that China as a state could not be described as communist, only communist-led.

The ambassador avoided Snow’s follow-up question about the Communist Party’s total grip on political power by saying that the regime had brought economic growth and raised the standard of living.

It’s not a view held by Mao Yushi, prominent Chinese economist and winner of the Milton Friedman Liberty Prize.

“China is not only a communist country, but a palace of communism in which the Party runs everything,” Mao said in an interview with Epoch Times.

“The Communist Party is dominating China,” Mao said. “Those who are not members of the Party cannot be promoted to the upper classes. In Mao Zedong’s era, a third of the of ministers are so-called members outside the Party, but now, virtually all ministers or provincial leaders are Party members.”

As for the “marriage,” as Jon Snow put it, between the communist regime and free market economy, Mao believes that “the Party’s political dictatorship conflicts with the free economy. Economic reform overshadows political reform.”

Ambassador Liu’s statements sparked controversy on the Internet; while one praised the ambassador for his use of “superior English” with the British host, another commenter stated wryly that in skirting around the questions, Liu Xiaoming had adhered to “the basic principle of Chinese officialdom.”

The negative discussion about Liu’s comments was later censored by Sina Weibo, the Chinese social media site on which they had been posted and retweeted.