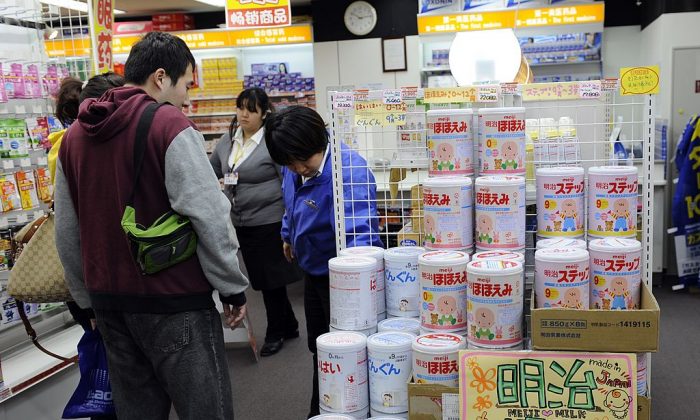 The boorish behavior of some Chinese nationals when traveling abroad has brought such embarrassment to Beijing that China has issued a blacklist and publicized a guide on dos and don’ts for its subjects on vacation.

These warnings apparently fell on deaf ears in the recent case of a Chinese couple staying in Nagoya, Japan, when they saw fit to take a spare toilet seat from their hotel room.

The couple with their 5-year-old child, from Taizhou, a city in eastern China’s Zhejiang Province, was part of a tour group visiting Japan, reported Chinese news portal Sina on Oct. 19. They found the spare toilet under their bed and decided to add it to their luggage.

The couple eventually sent the toilet seat back to the hotel after their tour guide was called up and told that it was the hospital’s backup toilet for the room, not a gratuity item or, as the couple claims to have believed, a leftover from the previous guests.

A figure from the Japan National Tourism Organisation showed a record 731,400 Chinese visitors to Japan in July. A Japanese term, bakugai or “explosive buying,” has new coined to describe the visitors’ buying habits — Japanese products have a strong reputation for quality.

In their written apology, the couple wrote that they had taken the toilet seat out of greed.

“We sincerely apologize, repent and hope the hotel will be able to deal with this incident with leniency,” wrote the couple. “We guarantee that such inappropriate behavior on our part will never happen again. We are very sorry.”

According to news Chinese media The Paper, the hotel has decided not to take any action against the couple.

Chinese netizens were not as forgiving. On China’s popular social microblogging site Sina Weibo, one user said “If you can afford a trip to Japan, could you not have the money to buy a toilet seat? Shame on you.”

“China doesn’t want these two people anymore. Why don’t they just stay in Japan?” wrote a netizen from Hebei Province.

In March this year, Chinese tourists were caught on video where they tried to snatch up every fruit and shrimp in two separate incidents, one in Thailand and the other in Vietnam. The poor behavior is not limited to foreign locales: pictures on Chinese social media show that a free-range peacock in a zoo in Yunnan Province died this February after being abused by visitors overly eager for selfies.