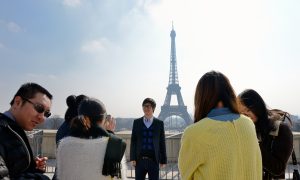 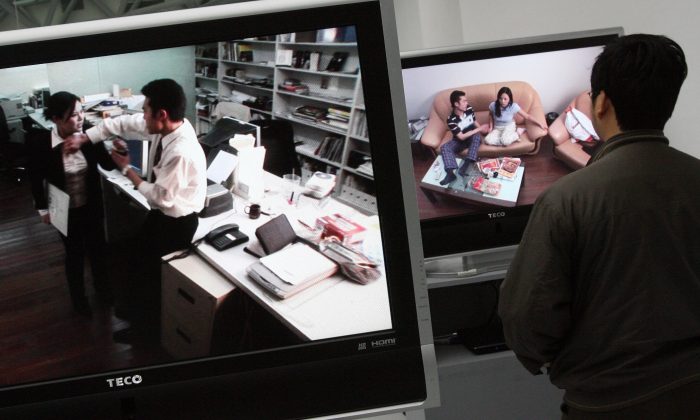 Chinese tourists have been warned that the United States takes domestic violence seriously as a man and his wife, surnamed Zhang, were reported to the police by two passersby after the couple got into an argument during the Lunar New Year which became physical, escalating into shoves from both sides.

The consulate advises tourists that fights between spouses are not regarded as a “trifling matter” and “none of other people’s business” like they are back home in China.

“In Western countries such as the United States, this kind of incident is not treated as just a simple domestic affair.”

The notice further cautions that fighting between couples in the United States is taken extremely seriously by law enforcement agencies. It explains that unlike the situation in China—often depicted in television dramas, where people try to avoid intervening in spousal conflict even when they come to physical blows—a public conflict involving domestic violence in the United States will not be simply ignored by passersby.

Instead, witnesses can report them and give testimony in court. It adds that even private fights can be reported by neighbors to police.

The consulate goes on to explain that rather than a private matter, domestic violence is treated as a criminal offense overseas, and the victim cannot withdraw the complaint once proceedings have begun, even if they apply to do so.

Not only would such proceedings result in court fees and interrupted plans, a protection order would bar the two parties from residing together for a period of time.

“Before going abroad, learn about U.S. laws and regulations, and cultural differences between China and the United States … avoid disputes caused by misunderstandings, and violating local laws unknowingly,” the consulate concluded.

China’s first law addressing the legality of domestic violence was implemented on March 2016, a landmark legal ruling that abuse has consequences. Its effectiveness is limited as domestic violence is classified as a civil offense rather than criminal. This means that any penalties ordered by the court must be enforced by government, non-government, or individual action, lacking the full force of the criminal justice system to exact punishment or ensure compliance.

Lee contends: “I fail to see how burning someone with cigarettes, hitting them with a bike chain, sitting on their back and slamming their head into the floor are not criminal behaviors. The requirements for domestic violence to be treated as a crime are barbaric.”

“In my case, I didn’t have broken bones, or wounds requiring stitches so the ‘grade’ of injury was not sufficient. Again, having a law is better than not having a law, but in my opinion financial crimes are treated so much more seriously and they have far less devastating results,” Lee said.

For the hotline number of your local domestic violence program, call the New York State Domestic and Sexual Violence Hotline at 1-800-942-6906.