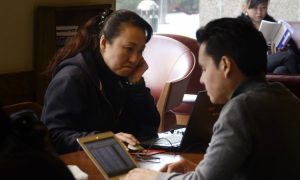 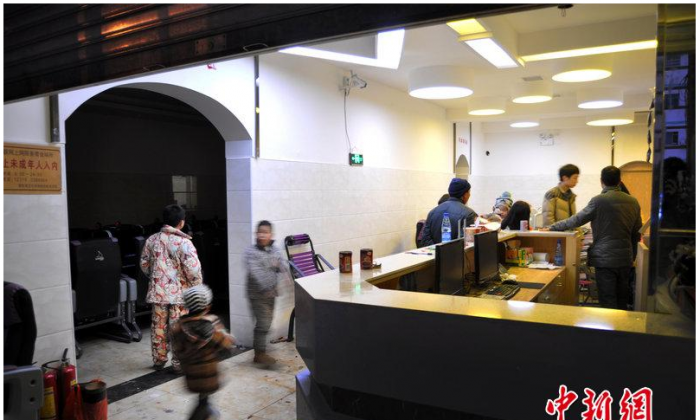 Screenshot of an Internet cafe in Hunan Province, where a 14-year-old boy stabbed his father, after the man tried to get his son to do his schoolwork.
China

A teenager in Hunan Province attacked his father with a knife on Tuesday, after the man tried to stop him playing video games, and do his schoolwork instead.

The man collapsed and died shortly afterwards. The boy ran away and police later found him at another Internet cafe, where he was arrested, according to ifeng.com.

The boy had been at the Internet cafe for seven hours by the time his father found him. However, he refused to return home, and so the father hit him in the face several times, leading to the knifing incident.

The boy’s mother said he had been a very good child. His parents had to leave him with his grandparents when he was three, so that they could move to the city to earn a living. His mother came back when he was 10 to gave birth to his brother.

She said he used to do chores around the house, respected his grandparents, and took care of his little brother, who is almost five now, but cannot walk or talk, because he has cerebral palsy.

She could not understand how he managed spend seven hours in the Internet cafe, with a sign at the entrance saying “adults only.”

According to his cousin, the boy did not have a good relationship with his father. The father did not talk much, but would get very angry, and beat his son with whatever object was at hand.

An Internet user commented via Weibo on the problem of games addiction : “From this tragedy, we can see that addiction to video games is as bad as drug addiction. In today’s China, business people only think about making money, but they have destroyed the younger generations! The government is accountable too. It has created a new generation of “sick East Asian people.” I call for business people to stop making games that destroy youths! I call for a healthy environment where our children to grow!”

Child psychology professor Guo Ping at Central South University in Changsha, Hunan Province, pointed to the wider issue of people moving to cities from the countryside in search of work. He was quoted by state mouthpiece Xinhua as saying, “The children left behind while their parents leave town to find jobs are bombs waiting to explode. These children did not have enough time with their parents. They lack parental love, and tend to be more violent.”