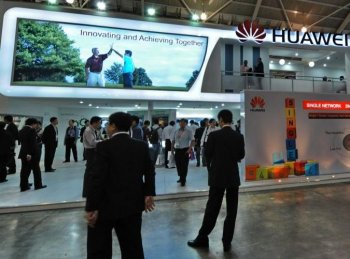 Matthew Robertson
Matthew Robertson is the former China news editor for The Epoch Times. He was previously a reporter for the newspaper in Washington, D.C. In 2013 he was awarded the Society of Professional Journalists’ Sigma Delta Chi award for coverage of the Chinese regime's forced organ harvesting of prisoners of conscience.
View profile
Follow
biggersmaller
Print
Huawei, the Chinese tech giant, is tired of being blocked from the U.S. telecommunications market. For more than a decade it has been dogged by security concerns over links to the Chinese Communist Party (CCP) and Chinese military. In a recent open letter, it says that these accusations are vague and unfair, and that in fact, Huawei has no such ties.

But not according to analysts. “It’s perfectly understandable from a public relations-flak point of view,” says James Mulvenon, vice president of the Intelligence Division of Defense Group Inc., “but that doesn’t make it true.” Mr. Mulvenon has researched Huawei for over a decade.

Richard Fisher, an expert on China’s military modernization who wrote a book on the subject in 2008, was blunter, “This is flat out BS. You can quote that."

Huawei has long coveted the U.S. Telecommunications market, the most lucrative in the world. Attempts to sell its wares in the United States have repeatedly met with staunch resistance from Congress and the intelligence community. Its most recent response has been a sophisticated PR campaign.

The open letter of Feb. 25 asks the U.S. government to conduct a formal investigation of the company. The letter explicitly denies that Huawei has ties with the Chinese military, and says that it receives no more financial support than is normal from the Chinese state. Huawei, fundamentally, “is a normal commercial institution and nothing more.”

Huawei Shenzhen Technology Company was founded in 1988 by Ren Zhengfei, the former director of the People’s Liberation Army (PLA) General Staff Department’s Information Engineering Academy. He was responsible for telecom research for the PLA before going into business.

His company got its start laying down the fiber optic network, which became the basis for the computerization of China in the 1990s, Fisher says. This was a job closely connected to the needs of the PLA and particularly its “first mission,” which is to keep the CCP in power.

A widely quoted 2007 Rand Corporation report says, “Huawei maintains deep ties with the Chinese military, which serves a multifaceted role as an important customer, as well as Huawei’s political patron and research and development partner.”

After struggling in the Chinese market, Huawei’s winning ticket came in the early 1990s as it convinced county-level Post and Telecommunications offices to buy their products by giving them a dividend in the company. Global expansion followed in 2003.

Huawei is now a nearly $30 billion a year company. It is held up by the Chinese state as a model to emulate, a “red chip” company, and has been encouraged by the Party in massive overseas expansion—its wares, for example, are bundled with CCP construction projects in African countries. Its owner says that he wishes to eclipse Western companies in the near future.

The open letter is the sixth attempt by the company to break into the U.S. market, according to Mr. Mulvenon.

It runs in parallel to the company’s attempt to rebrand its equipment and import it. Huawei has been buying up small companies in Canada, keeping those companies brands on the equipment, but using Huawei technology. “If you actually open up the equipment, as I have, and look at the [electronic] boards, the boards are Huawei boards. That’s another layer of Trojan Horse,” Mr. Mulvenon says.

In its open letter Huawei says that it operates like any other private corporation, and that it is financed through capital from shareholders and “normal commercial loans.” But this does not accurately represent the situation, according to experts.

As the largest telecommunications equipment manufacturer in China, Huawei is one of the few “national champions” in the Chinese business world. “Being a national champion is freaking awesome,” Mr. Mulveon says.

National champions enjoy a range of privileges in the Chinese system, and state banks open up their coffers for unlimited lines of credit to them.

About a decade ago China Development Bank gave Huawei a line of credit of 10 billion, when Huawei’s income was only 15 billion. “That’s astonishing,” Mulvenon says. Such loans are given at low to zero interest, are never called in, and Huawei only has to play the national champion role. “It’s not really a loan, it’s basically free money.” Being backed by a line of credit that is two-thirds of your revenue stream encourages a company to take major risks, Mulvenon says.

But lines of credit are only one of a whole range of benefits. Others includes tax-free land, foreign assistance, subsidized R&D using money from the 863 Program—the high-level project that seeks development of advanced technologies for the purpose of rendering China independent of financial obligations for foreign technologies—and other benefits.

National champions often have new facilities in the dynamic coastal areas, a high-tech workforce, and they get the pick of the crop of graduates from China’s best universities.

While Huawei is a couple of notches removed from the state giants whose entire management roster is decided by Party apparatchiks, “being a national champion means that the Beijing authority sees the company as part of the China brand,” Mr. Mulvenon says.