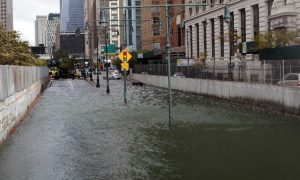 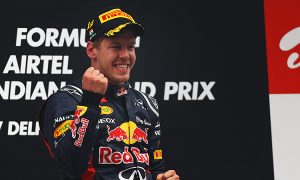 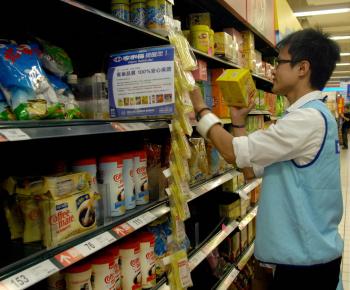 Potentially Contaminated Products from China Flowing into the U.S.

Countries around the world are working to ban the import of melamine-contaminated products from China. But in the U.S., melamine-products and ingredients continue to flow through ports of entry, almost unchecked.

There have been widespread worldwide reports in recent weeks of milk products from China contaminated with melamine. The industrial chemical was also at the core of a series of pet food recalls in 2007. At least four infants in China have died from ingesting melamine-tainted baby formula

"We're very leery of the Chinese food safety system," says Tony Corbo, Legislative Representative for Food and Water Watch. "At best it's weak, at worst it's corrupt. It just reeks with corruption." Food and Water Watch is a nonprofit consumer organization that works on food and water safety issues.

Some are not convinced that imports from China are safe for public consumption, though.

"While the FDA has said that no contaminated baby formula has been legally imported into the U.S. from China, it is certainly possible that other dairy products including powdered milk and milk protein products have entered the United States, as they have in Europe." DeLauro is Chairwoman of the Agriculture, Food and Drug Administration Appropriations Subcommittee.

Congresswoman DeLauro and Senator Richard J. Durbin (D-IL) sent a letter to the FDA seeking information about the status of ongoing investigations into the safety of products from China. Their letter points to the catastrophic results of delays in reports of contaminated products inside China — 54,000 sickened, 13,000 hospitalized, and at least four dead infants.

"According to the World Health Organization, delays in reporting, including a deliberate failure to report, contributed to the magnitude of the incident," states the letter, which was addressed to Andrew C. von Eschenbach, Commissioner of the FDA.

Corbo says that the FDA has a limited capacity to check imports from over 200 countries, of which China is only one. The risk is that contaminated products are flowing in, undetected, which is the same reason that other countries are stopping the flow of milk products altogether.

"They're finding contaminated milk powder in a bunch of other countries," says Corbo. "It's endless as far as how many things could be contaminated."

U.S. Blue Cat Flavor Drinks, White Rabbit Creamy Candies and Mr. Brown instant coffee and milk tea products were found to contain melamine. Recalls of the products are underway, and according to the FDA no known cases of illness have occurred in the U.S.

The FDA is the U.S. government agency responsible for protecting the public health by ensuring the safety of the nation’s food supply. It is responsible for monitoring and inspecting all fish and seafood, grain, produce, and food ingredient imports, amounting to about 80 percent of the nation's imported food. Meat, poultry and eggs are monitored and inspected by the U.S. Department of Agriculture's Food Safety and Inspection Service.