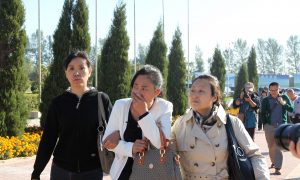 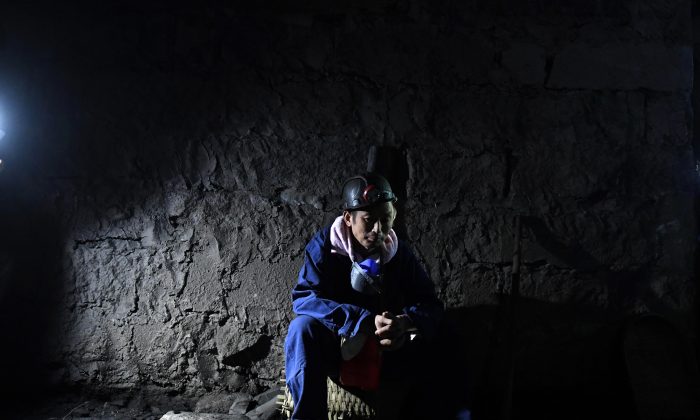 Wang Linqing, a judge working for the Chinese Supreme People’s Court, has reportedly gone missing after he exposed information about miscarriages of justice in a 2016 mining-rights case involving billions of dollars.

On Jan. 2, Cui Yongyuan, a former host for the state-controlled China Central Television (CCTV), released a video to Chinese social media of an interview he had with Wang. In the interview, Wang revealed an incident in which court documents for the case had suspiciously disappeared from his room.

Wang also talked about how his supervisors had actively intervened in the case, which involved a dispute between resource-extraction companies in China’s northwestern Shaanxi Province. As of November 2017, his supervisor Du Wanhua had made three alterations to the verdict.

The video and its revelations have attracted attention from the Chinese public on and offline. But according to the Beijing-based business and finance outlet Caixin, those close to Wang have since lost contact with him.

A person familiar with Wang said he was last seen in Beijing on Jan. 3, before he was taken to a hotel near the supreme court building by court investigators, to be interrogated. Wang’s family is concerned about his situation, the source said.

On Jan. 6, Cui wrote on Weibo, China’s Twitter-like social-media service: “Wang Linqing, please get in touch with me immediately. I want to make sure you are safe.”

In the second part of the video interview, Wang described obstacles he had faced when trying to pass fair judgment in an earlier case involving mine transfer rights between two companies in the province of Shanxi.

After Wang Yong’an, the chairman of Shanxi Zhongxin Iron and Steel Co. Ltd., transferred the rights of a mining site to Wang Jiangong, former chairman of Shanxi Guye Group in 2003, Wang Yong’an was informed that there were much larger deposits of iron ore at the site than previously believed. He then reneged on the in-process transfer and tried to cancel it.

Judge Wang said that when he was handling the case in 2012, the director of the Supreme People’s Discipline Inspection Office, Yan Changlin, twice asked him to report to the office. Yan said that “a certain leader” in the Supreme Court was very concerned about the case and asked him to make a decision in favor of Wang Yong’an. The request was rejected by Judge Wang.

In his two videos publicized so far, Wang’s statements have effectively disclosed the misdeeds of six high-level judiciary officials in the supreme court.

If Wang has disappeared, it wouldn’t be the first time that he’s been in trouble with the Chinese regime. In June 2014, when Wang went to Jiangsu Province on business, he was arrested and punished at the request of his supervisors for “committing serious crimes.” He was later released because no evidence was found, he said.

Both of the cases mentioned in Wang’s videos are disputes concerning rights over the use of mineral resources. Both involved initial contracts signed in 2003, at the end of the leadership of former Chinese Communist Party boss Jiang Zemin.

In May 2016, both the periodical of the Central Discipline Inspection Commission, and Wang Qishan, the Chinese vice president who was then head of the Commission, noted the malfeasance of local officials in the resource-extraction industry as a source of easily concealed corruption involving huge sums of money.

Chen Simin contributed to this report.