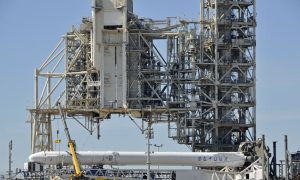 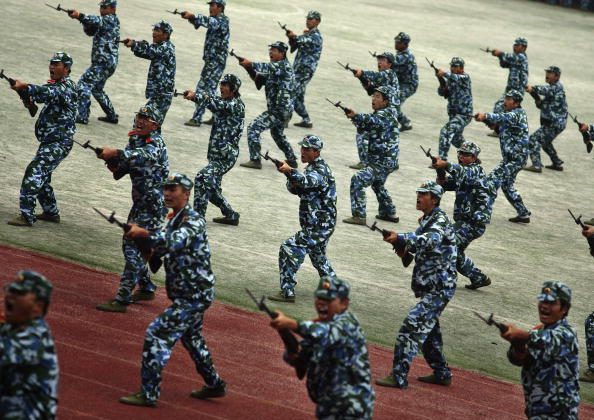 Chinese Student Sentenced for Photographing US Military Base, Raising Questions About His Military Ties

A Chinese exchange student who was recently sentenced for illegally photographing a U.S. naval facility in Florida hailed from a Chinese university with deep ties to China’s military.

Zhao Qianli, 21, a Chinese national from Shanxi Province, was sentenced to a year in federal prison after pleading guilty to photographing defense installations at the U.S. Naval Air Station Key West, according to a Feb. 5 press release by the U.S. Department of Justice. He also must complete a year of supervised release.

Zhao was arrested on Sept. 26, 2018, after trespassing at the Navy base and using his cellphone and a digital camera to take pictures. He was found to have overstayed his visa after studying at a summer exchange program.

The program had ended in September, according to a Feb. 5 article by the Miami Herald; the U.S. school where Zhao was studying wasn’t disclosed.

After serving his sentence, Zhao will be deported. If he’s allowed to reenter the United States by officials, he must report to a U.S. probation office within 72 hours of arriving.

The judge handed Zhao the statutory maximum term of one year, higher than the sentencing guidelines of zero to six months for his offense. The U.S. attorney’s office in Miami had submitted a memorandum requesting that Zhao be given a nine-month sentence, due to his atypical behaviors and to reflect the seriousness of the offense.

Zhao had claimed that he was just a tourist who got lost while visiting the area. But according to court documents, none of the photos and videos found on his cell phone and digital cameras were of any tourist attraction sites in Key West. There were only photos of the Navy base and an antenna field on the base.

Witnesses said they saw Zhao walk directly toward the restricted area where the antenna field was located and took photos—despite a sign clearly indicating the area was restricted.

Zhao wasn’t forthcoming about many details when questioned by U.S. officials. Regarding his education background in China, Zhao stated that he was in the fourth year of his music undergraduate study at the North University of China. Yet, his visa application showed that he began his studies there in 2017, according to court documents.

During questioning, Zhao admitted to having received military training as a university student in China—a fact he failed to disclose on his visa application.

U.S. officials also found photos on his phone of uniformed individuals, in what appears to be military training in China, as well as “documentation of a university engineering course curriculum.” When questioned, Zhao said he had no recollection of how those photos and documents got onto his phone.

Officials also confronted him with a police blouse and a belt buckle indicating it belonged to a Chinese government ministry; both were recovered at the Miami Beach hotel where he was staying.

Zhao claimed the items were given to him by his father so he could “have nice clothes” to wear while in the United States.

The North University of China, which Zhao attended, has deep ties to China’s military, going back more than 50 years to the founding of the Chinese regime.

According to the university’s official website, the school was founded by the Eighth Route Army, a division under the command of the Chinese Communist Party (CCP) during the Second Sino-Japanese War. The school was later renamed Taiyuan Institute of Machinery in 1958.

In 1963, the school was transferred to the administration of the National Defense, Technology, and Industry Committee, a central government agency. It became one of eight colleges considered key to China’s defense industry at the time.

In June 2015, North University made headlines in Chinese media when the school hosted a ceremony to transfer its research results to the Chinese military: a new 125mm multi-purpose cannon with anti-aircraft and anti-tank capabilities. The school headed development of the new cannon, with support from more than 10 other Chinese defense technology research centers, according to the Chinese Communist Party’s mouthpiece newspaper People’s Daily.

The school continues to enjoy close ties to the military. In October 2018, the school’s president, Shen Xingquan, signed agreements with China’s state-owned China Aerospace Science and Industry (CASIC)—known for developing China’s missiles—to enhance the transfer of technological development to the military from academia, according to the school website.

The school also announced in December last year that two professors were awarded a total of 2.48 billion yuan (about $367 million) in funding by SASTIND for defense-technology related projects.

North University also participates in Beijing’s current national development and recruitment policies, ”Made in China 2025” and the “Thousand Talents Plan.”

On Jan. 13, 2019, Shen, while giving a speech at the school about the establishment of a provincial association for scientists and entrepreneurs to foster artificial intelligence-enhanced manufacturing, said that it’s vital for the association to help implement the “Made in China 2025” policy.

He said he envisioned the association taking the lead in improving the time it takes to turn patented technologies into actual products, so that the province “would not lag in the progress of ‘Made in China 2025.’” According to the school’s website, Shen was appointed to be the association’s deputy chairman.

The “Made in China 2025” industrial policy was announced in 2015, with goals for China to achieve self-sufficiency in 10 tech-manufacturing sectors by 2025, including advanced information technology, robotics, and automated machine tools.

The plan, however, has been criticized by the U.S. administration for undermining fair competition in the global market, and abetting the theft of technology and trade secrets.

In December 2008, Beijing rolled out the “Thousand Talents Plan,” a state recruitment program to attract primarily Chinese science and technology talents who studied or lived abroad to work in China. Since then, the plan has recruited more than 7,000 people for employment at a university, research institute, or state-owned enterprise, according to the program’s website.

According to the official website of China’s Ministry of National Defense, two staff members were recruited under the plan to North University by July 2011.

In an April 2015 article, China’s state-run Shanxi News Net reported that Wang Wanjun, a professor at North University, was recruited by the talent program from Louisiana State University. Upon Wang’s return to China, North University established a lithography center, as well as a lithography company—after successfully obtaining 10 million yuan (about $1.48 million) in funding. Lithography is an important manufacturing step in the production of semiconductor chips.

In the Shanxi News article, Wang said the reason he decided to return to China was because the school provided him with the platform “to serve his country and start a business.”

According to Chinese news portal Baidu, Wang was recruited by the talent program in 2010.

The “Thousand Talents Plan” has since been flagged by U.S. officials as a means to transfer U.S. technology and intellectual properties to China.