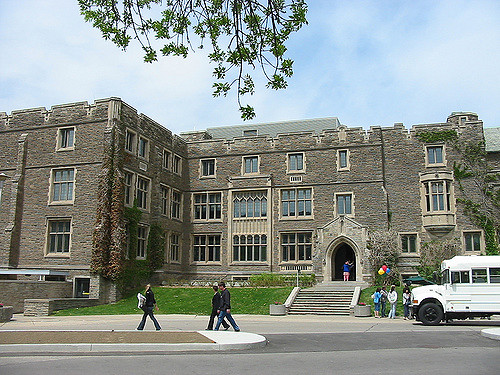 The student union at McMaster University, which shut down China’s Confucius Institute years ago, has banned a club with close links to Beijing.

The student union’s governing body made the decision this week to strip the student club status of the Chinese Students and Scholars Association (CSSA), citing a rule against conduct that would put the safety of people at risk.

“All students wishing to form a club agree to a specific set of rules regarding their conduct as a club. It was the determination of the SRA (Student Representative Assembly) that CSSA had violated those rules,” McMaster University Student Union president Joshua Marando said in an emailed response.

As reported previously by The Epoch Times, the McMaster CSSA issued a letter in February condemning an event on campus organized in support of China’s Uyghur minority, who are being persecuted by the Chinese communist regime.

The “about us” sections of many CSSAs—which are on numerous university campuses around the world including in Canada, the United States,  Europe, and Australia—say the clubs were founded or supported by the Chinese consulates or embassies. The groups often organize campaigns and events in line with Beijing’s policies, including protests on campus against human rights events related to China and objections to visits by figures from communities persecuted by the regime, such as Tibet’s spiritual leader Dalai Lama.

In 2013, another organization used by Beijing to spread its soft power, the Confucius Institute (CI), was closed at McMaster by the university administration because of its discriminatory hiring practices.

As reported by The Epoch Times, a stipulation on the hiring contract of CI teachers requires that they do not practice Falun Dafa, a spiritual meditation practice also known as Falun Gong that is persecuted by the Chinese regime.

Sonia Zhao, a Falun Dafa adherent from China who came to work at the McMaster CI, had to sign the contract as she was concerned if she didn’t sign, it would be revealed that she is an adherent and would face persecution—a fate her mother suffered because of her belief in the practice.

A McMaster spokesperson at the time said they closed the CI because “hiring decisions in China were not being done the way we would want to do the hiring.”

Former Canadian Security Intelligence Service head Richard Fadden said during a 2010 speech while still serving with the agency that CIs are controlled by Chinese embassies and consulates, and linked them with Beijing’s efforts to influence Canadian policy.