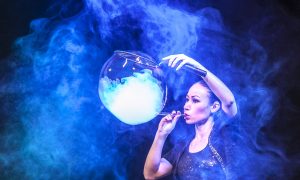 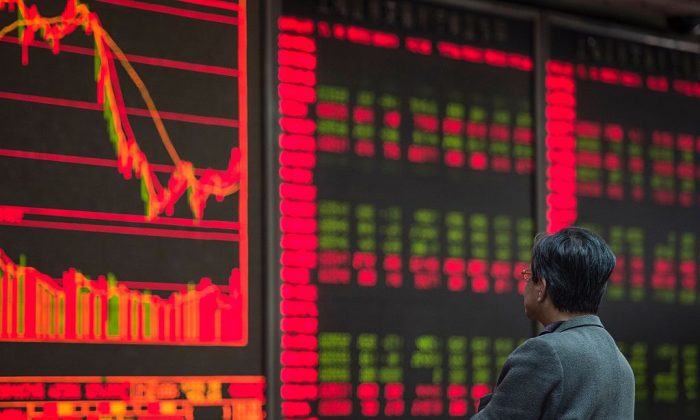 An investor watches stock prices on screens at a securities company in Beijing on March 22, 2016. (Fred Dufour/AFP/Getty Images)
Business & Economy

Chinese Stocks Crash, but It Isn’t the Bad Trade Data

Compared to the first few trading days of the year, when the Shanghai Composite lost more than 5 percent per day, the three percent loss from May 9 is moderate.

Nonetheless, the Chinese S&P 500 is only 6 percent off its January low of 2655. And this is after the record stimulus from the first quarter which stabilized growth and stocks a bit.

Some may suspect recent trade data was responsible for the rout, as both imports and exports declined and missed expectations. Exports fell 1.8 percent in April compared to April of 2015 and imports crashed 10.9 percent.

However, Capital Economics thinks the data is ok compared to the first quarter and after smoothing out Chinese New Year distortions happens at a different date every year. “In reality, the latest figures are not that bad relative to China’s recent trade performance,” the analysts comment.

In reality, people have gotten used to bad trade data from China and often even ignore it. Another important data point which has unsettled markets in the past also came in favorably.

China’s foreign exchange reserves increased $7 billion to $3.22 trillion in April, the second month of gains after March. This means less capital outflows, probably around $25 billion, a lot less than the triple-digit outflows of January and February.

“We estimate that this rise was mainly driven by exchange rate fluctuations as the depreciation of the U.S. Dollar against other reserve currencies,” writes the Institute of International Finance. So because the dollar declined, the yen and euro part of the Chinese foreign exchange reserves went up, while the dollar pile stayed stable.

Capital Economics is also positive on the near future: “The policy easing that has already been carried out should be enough to support a further recovery in domestic demand, at least for another couple of quarters.”

So why are markets going down and have been for a while? It’s because they are confused. The market likes good news. It’s also ok with bad news as long as the cat is out of the bag.

But China’s mix of bad trade data, ok capital flows, is further confused by a People’s Daily story which contradicts recent policy and warns of short-term pain in exchange for long-term gain.

China’s Economy: Is There Something We Are Missing?

The story cites an authoritative insider, who may or may not exist, but most analysts believe Communist Party Leader Xi Jinping or people close to him are responsible for this content: “High leverage will definitely bring high risk.” There is talk about an economic recession, the loss of people’s savings, and that some problems are “bigger than expected.”

The insider promotes structural reform instead of short-term stimulus, a completely different narrative from the actual $712 billion in new loans injected into the economy in the first quarter.

“Supply-side structural reform is a lifeline for us in avoiding the middle-income trap. It is a battle we cannot afford to lose,” it says in the people’s daily piece. There is also a battle between powerful interest groups who don’t want the old growth model to collapse and reformers who are thinking about sustainable growth.

This confusion is unnerving for investors and not knowing who and what to believe, they sell first and asks questions later.