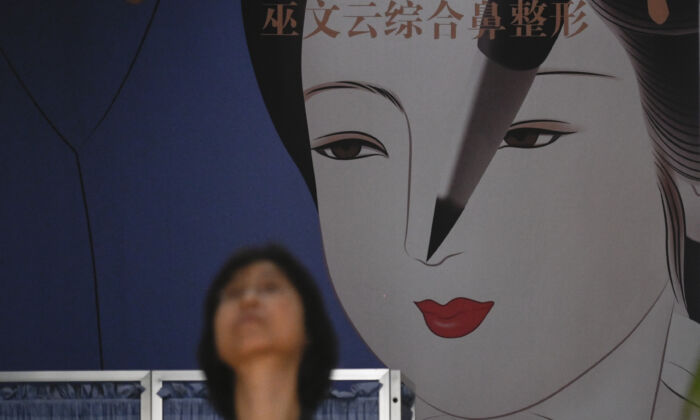 A woman walks past a large display at a plastic surgery clinic in Beijing on July 15, 2021. (Wang Zhao/AFP)
China Business & Economy

On Sept. 14, the regime mouthpiece criticized China’s beauty industry for what it called misleading consumers’ aesthetic tastes and values, and driving the pursuit of good looks as a shortcut to success.

The newspaper warned the clinics had crossed the regulatory redline for spreading false claims, which failed to caution people about potential risks behind the treatment.

Yet the spate of a wide-ranging regulatory overhaul has raised investors’ concerns over the sectors that might come under scrutiny next and how long it will last.

China released a five-year plan on Aug. 11 to tighten social control, claiming laws will be strengthened for “key fields” such as technology, culture, and public health, to meet people’s demands for “a good life.”