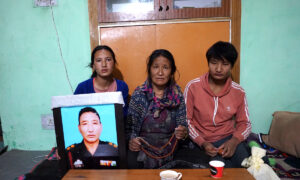 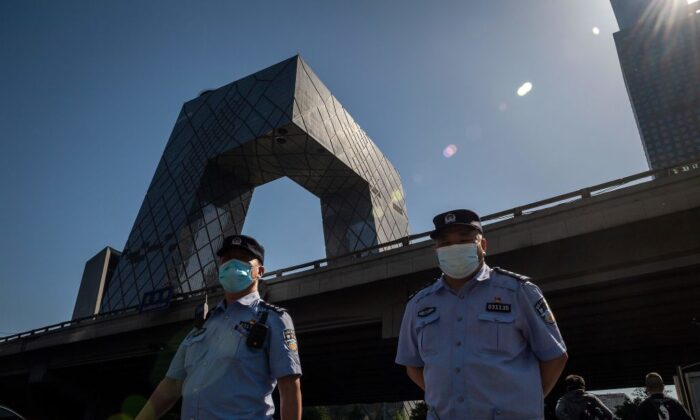 TAIPEI, Taiwan—The apparent forced confession of a Taiwanese businessman aired on Chinese state-run media has caused an uproar in Taiwan.

The Taiwan government denounced the move as entrapment and political manipulation.

45-year-old businessman Lee Meng-chu, who also goes by the name Morrison Lee, apologized to his “motherland” during an Oct. 11 broadcast of the television program called Focus Talk, which airs on China’s state-run broadcaster CCTV. The program accused Lee of being a “Taiwanese spy.”

“I felt very sorry for the many terrible things I have done in the past,” Lee said. He also condemned “violent protests” in Hong Kong.

Hours later, Chinese state media aired a forced confession of a Taiwanese professor based in Prague, who admitted to being a spy against mainland China. He was arrested in the mainland in April last year, according to the media reports.

Lee’s televised confession is the latest example of China’s practice of extracting confessions from people under duress. Most of the time, these confessions are broadcast before judicial proceedings, since Chinese law allows police to detain suspects for at least 37 days before a prosecutor approves their arrest.

The CCTV program accused Lee of wanting to “gain political capital” by traveling to Hong Kong in August last year and taking photos of local protests. It also accused the Taiwan United Nations Alliance (TAIUNA), a Taiwanese NGO established in 2003 that advocates for the island’s membership in the United Nations, as being a “Taiwan-independence” organization. Lee is director of the organization.

China claims self-ruled Taiwan as a part of its territory and sees any individuals and groups that promote Taiwan’s international presence as “separatists” or “independence forces.” Taiwan lost its seat at the United Nations to the Chinese regime after the world body passed U.N. Resolution 2758 in 1971.

During his CCTV interview, Lee said he got “pulled into” a circle of “Taiwan-independence” people.

Taiwan’s Mainland Affairs Council (MAC), a government agency responsible for cross-strait affairs, in a statement on Sunday night, said that Beijing’s false accusation against Lee was no more than just a “malicious political hype” aimed at sabotaging the cross-strait relationship.

The MAC also called on Beijing to drop its practice of having people confess on camera as soon as possible since it is “inconsistent with due judicial process” and “violates judicial human rights.”

Also on Sunday, CCTV reported that Lee’s case was among “several hundreds of Taiwanese espionage cases” that were uncovered following a special operation named “Thunder-2020,” leading to arrests.

Lee’s longtime friend Chen Ya-lin, who has been chief of Taiwan’s Fanglian Township after winning a local election in November 2018, took to his Facebook page to express that Lee’s forced confession and the frequent occurrences of Chinese military aircraft entering Taiwan’s airspace in recent months demonstrated that the “the [Chinese] regime is in a dire situation.”

Lee first went missing in China in August last year. His whereabouts were unknown for more than three weeks, until China’s Taiwan Affairs Office, an agency under the cabinet-like State Council, stated that he was under investigation for “suspected criminal activities that endanger [China’s] national security” on Sept. 11, 2019.

Lee had traveled to Hong Kong on Aug. 18 last year for tourism, according to Taiwan’s’ government-run Central News Agency (CNA), citing an interview with Chen. On the day of his arrival in Hong Kong, Lee sent pictures he took of local Hong Kong protests to Chen.

Last year, a mass protest movement ignited in Hong Kong over a proposed extradition bill that could transfer individuals to mainland China for trial. The movement has since evolved into a pro-democracy effort to push back against Beijing’s encroachment on the city’s daily affairs and advocate for universal suffrage in city elections.

Chen said he had received a photo from Lee via a messaging app, of the Chinese military’s gatherings in Shenzhen before he went missing. Their last phone conversation took place on Aug. 20 morning. Lee said it was unclear if Lee took the photo of the military.

Around August last year, there was a lot of speculation in Hong Kong that the Chinese regime could send its military troops into the city to quash the escalating protests. On Aug. 14, 2019, the Chinese military posted on social media that its troops at the Shenzhen Bay Sports Center could arrive in Hong Kong within 10 minutes.

On Nov. 30 last year, Chinese state-run media reported that Shenzhen’s prosecutor had approved of Lee’s arrest a month prior, for suspected crimes of “spying” and “illegally supplying state secrets” to a foreign state.

The charges stemmed from his trip to Hong Kong, where he allegedly voiced support for Hong Kong protests, and the photo he sent, which Chinese prosecutors claimed was evidence that he “snuck into” China to “spy on military secrets,” according to Chinese media.

Taiwan Vice President William Lai, while speaking to local media on Monday, said that the Chinese regime was “putting on a show” by detaining someone first, then forcing a confession out of the person.

“Rhetoric and military threats do not work on Taiwanese people. The CCP shouldn’t be so naive in believing that this drama will somehow affect Taiwanese people. I believe China should respond to the calls made by President Tsai Ing-wen on the National Day,” Lai said.

On Oct. 10, which is Taiwan’s National Day, Tsai gave a speech calling on Beijing to drop its antagonism and show respect so that Beijing and Taipei could hold “meaningful dialogue.”

In response to Tsai’s olive branch gesture, Beijing reacted with hostility. China’s Taiwan Affairs Office accused her of having a “confrontational and hostile” mentality.

Wang Ting-yu, a DPP lawmaker, posted a video on his Facebook account saying that Beijing was making up false charges.