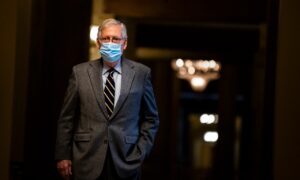 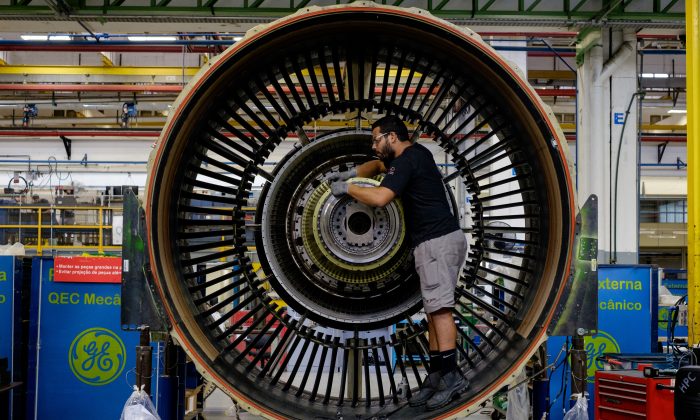 A Chinese spy working for China’s Ministry of State Security (MSS) has been charged with four counts of conspiring to commit economic espionage and steal trade secrets from leading U.S. aviation and aerospace companies.

According to a U.S. Department of Justice announcement on Oct. 10, Xu Yanjun was a deputy division director within MSS, China’s primary intelligence agency.

Xu was arrested in Belgium in April and recently extradited to the United States—the first ever such case for a Chinese MSS official, according to U.S. Attorney Benjamin Glassman. He will face trial in federal court in Cincinnati, Ohio.

According to the court indictment, Xu, who went by aliases, including Qu Hui and Zhang Hui, was assigned by the MSS to obtain technical information, including trade secrets, from U.S. and European aviation and aerospace companies, for the interests of the Chinese government.

He often concealed his identity by presenting himself as being associated with Chinese universities or organizations such as the Jiangsu Science and Technology Promotion Association.

Since at least December 2013, Xu and his co-conspirators worked to identify aviation technology that was desired by Beijing, according to the indictment. Xu and the others then targeted engineers and experts working at those aviation companies, and paid them to provide trade secrets—often under the guise of inviting the expert to travel to China and give a university presentation on the technology, for the sake of exchanging ideas.

“In reality, the presentations were for the benefit of the Chinese government,” the indictment said.

In an Oct. 10 press release, the Justice Department identified one such U.S. company targeted by Xu: GE (General Electric) Aviation, based in Evendale, Ohio.

The court indictment does not name GE Aviation but the description of “victim company A” makes it all but certain. Xu wished to obtain trade secrets involving in the manufacturing of jet engine fan blades, on which GE spent decades and billions of dollars in research.

In fact, Beijing has targeted “aircraft and aircraft components” as one of ten tech sectors that it wishes to develop aggressively—as part of its “Made in China 2025” industrial plan to transform China into a high-tech manufacturing hub. The U.S. administration has pointed to this plan as evidence that Beijing has systematically stolen intellectual property from U.S. companies to advantage itself—and the reason why the United States is enacting punitive tariffs on Chinese imports.

In March 2017, Xu and others recruited a GE employee to travel to Nanjing City, near the eastern coast of China, to give a presentation on GE Aviation’s “signature material design and manufacturing technology,” according to the indictment. Xu’s co-conspirators told the employee that they wished the presentation to focus on highly technical information such as how a material would be applied for use in aeroengines.

With Xu paying $3,500 for the presentation and all expenses during the Nanjing trip, the GE employee made the presentation to the Nanjing University of Aeronautics and Astronomics, which is operated by the Chinese regime’s Ministry of Industry and Information Technology.

After the presentation, Xu continued to try to extract critical information from the employee, including how certain research data could be applied to engine production.

In April this year, while traveling to Belgium to meet with the employee and receive the sensitive information he wanted, Xu was arrested.

Xu faces a maximum penalty of 15 years imprisonment for the economic espionage charges, in addition to 10 years for the charges of theft of trade secrets. He could also face financial penalties.

“This case is not an isolated incident.  It is part of an overall economic policy of developing China at American expense.  We cannot tolerate a nation’s stealing our firepower and the fruits of our brainpower. We will not tolerate a nation that reaps what it does not sow.”  said Assistant Attorney General John Demers in the press release.

This is the latest in a string of economic espionage cases involving Chinese nationals stealing information beneficial to Beijing—though an indictment of an intelligence officer within the Chinese Communist Party is rare.