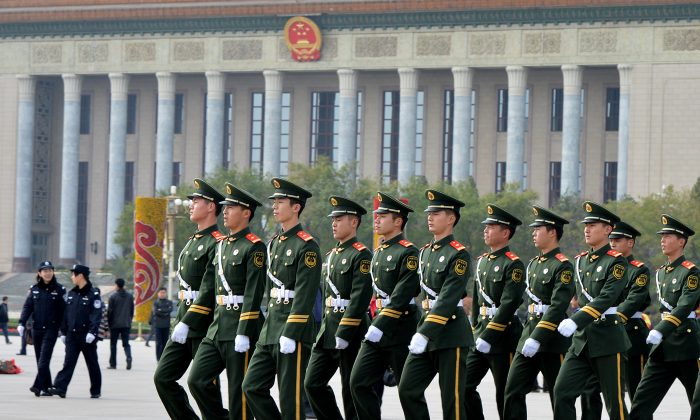 Ma Jian, formerly the executive deputy minister of China’s Ministry of State Security, has been detained and placed under official investigation for accepting massive bribes, the South China Morning Post reported on Jan. 11.

Part of current party boss Xi Jinping’s wide-reaching anti-corruption campaign that has disciplined tens of thousands of communist party and Chinese government officials, Ma’s investigation comes in the wake of the recent downfall of Ling Jihua, a high-ranking official who worked under former regime head Hu Jintao, and with whom Ma had close ties.

Like Ling Jihua, Ma Jian is affiliated with the Founder group, a Chinese tech company with its origins in Beijing University.

Ma, aged 58, is said to be in charge of the communist regime’s counter-espionage operations, and is believed to be close to Founder chief executive Li You. According to information obtained by overseas Chinese dissident news network Boxun, the primary reason for Ma’s investigation was his alleged acceptance of bribes totalling nearly 200 million yuan ($30 million) from Li.

Li You was also alleged to have financed hugely profitable securities trades carried out by one of Ma’s relatives, a number of whom were also placed under investigation, according to the South China Morning Post’s sources.

Contact between Li and Ma seems to have begun in April of 2013, when the two were introduced through one Guo Wengui, head of a stocks firm, and who had known Ma Jian since 2008. Along with Ling Jihua, the two worked together the same year to bring down former Beijing mayor Liu Zhihua, who received a commuted death sentence for corruption.

Before being detained and investigated last December, Ling Jihua had headed the Chinese regime’s United Front Work Department, an infamous communist party organization founded in 1930 for the purpose of carrying out subversion and political agitation in areas not under communist control.

Through the Founder group, Ling and his family had siphoned off hundreds of millions of yuan to make overseas investments. In what is speculated to have been a failed attempt to avoid his impending fate, Ling published an article in the communist ideological journal “Seeking Truth,” which made no fewer than 16 references to the speeches and theories of Xi Jinping.

The article, published about a week before Ling’s Dec. 22 arrest, was removed from the journal. Li You and other executives from the Founder group are also under investigation, according to earlier reporting by Epoch Times.