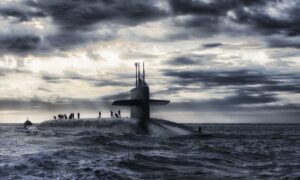 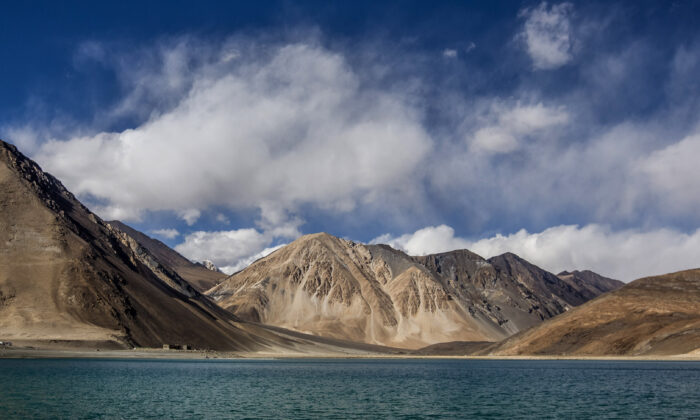 Chinese Soldier Arrested on Indian Side of Disputed Border

NEW DELHI—The Indian army has arrested a Chinese soldier who it says crossed to the Indian side of the disputed border in the area south of the Pangong Tso lake.

“The PLA soldier had transgressed across the LAC [line of actual control] and was taken into custody by Indian troops deployed in this area. Troops from either side are deployed along the LAC since friction erupted last year due to unprecedented mobilization and forward concentration by Chinese troops,” the Indian army said on Jan. 9, according to Indian news magazine India Today.

The Indian army is investigating the situation, which is being dealt with according to protocols set between the two countries, Indian news outlet The Print reported.

The transgression occurred amid an ongoing military buildup, which began in June with a bloody skirmish at the border, and as a harsh winter descends on the trans-Himalayan region. Military commanders on both sides are in communication about the detained Chinese soldier, who is likely to be handed back after the investigation is completed.

This is the second time since October 2020 that a Chinese soldier was detained by the Indian side, The Hindustan Times reported; then, Cpl. Wang Ya Long was repatriated within a few days.

Given “the nature of terrain and topography,” only a debriefing will reveal what actually happened, Bibhu Prasad Routray, a strategic affairs analyst and the director of the Goa, India-based think tank Mantraya, told The Epoch Times in an email.

China’s frontier forces confirmed on Jan. 9 that a Chinese soldier had gone missing because of darkness and complex geography and was found by the Indian army after two hours of searching, according to Chinese state-run media outlet Global Times.

The Chinese statement said that India should return the soldier immediately to deescalate tensions and to maintain regional stability, the Global Times reported, citing the People’s Liberation Army (PLA) Daily.

Routray said this is China’s way of pressuring India and that conduct and communication on such incidents is governed by protocols, and returning the soldier will take time. He said New Delhi won’t be forced to act, and noted the Chinese would have responded the same way if Indian soldiers had crossed to the Chinese side.

The incident shows India is keeping high vigilance on the border amid the ongoing tensions. Qian Feng, the director of the research department at the National Strategy Institute at Tsinghua University, told The Global Times.

“The Indian side may also interrogate Chinese soldiers and examine whether they have carried equipment, maps or other items that may lead to suspicions of prying into Indian military intelligence,” Feng said.

Qian blamed the Indian media for hyping the incident and comparing it to incidents of Indian sailors stranded in Chinese ports for months. He also warned about the consequences of delaying the return of the soldier.

“India may not detain the soldier for a long time, since it would be seen as destructive to the previous consensus on solving problems via diplomatic channels. Any incident would stimulate the already tense situation along the border,” Qian said.

Routray said this reflects the individual opinion of the Chinese expert.

“But under the circumstances, New Delhi will have to be careful about such incidents. It must make sure that this incident was only a mistake and not some sort of a recce or experiment by the PLA for a large scale incursion in the future,” Routray said.

He said the bilateral tensions between the two sides remain and progress hasn’t been achieved to resolve the border standoff.

“The posture of China, which is the aggressor, has remained uncompromising. Under these circumstances, even small incidents can lead to the start of a military confrontation. Both sides need to be extremely careful about that possibility,” he said.

Meanwhile, 23 Indian soldiers who were stranded on a merchant’s vessel in a Chinese port are set to return to India on Jan. 14 after months of efforts by India’s External Affairs Ministry.

The merchant vessel MV Jag Anand was stranded since June at the Jingtang port in northern China’s Hebei province. The sailors will sail to Chiba, Japan, and then fly to India. Another vessel, MV Anastasia, with 16 Indian sailors, is still stranded near China’s Caofeidian port since Sept. 20. Talks are ongoing to help the sailors reach India, The Print reported. The ships were transporting coal from Australia to China and due to the COVID-19 pandemic restrictions, the Chinese authorities refused to let them offload at the ports.

Routray said these incidents are “highly unfortunate” and show how uncompromising Beijing can be on such matters.

“At the same time, the resolution also shows the triumph of diplomacy and on a broader scale, is a pointer at how to resolve the ongoing border standoff between the two countries. However, that will succeed only if Beijing is willing to give diplomacy a chance and gives up its expansionist mindset,” he said.