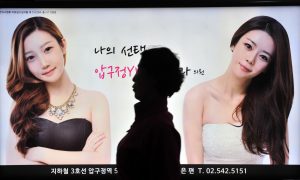 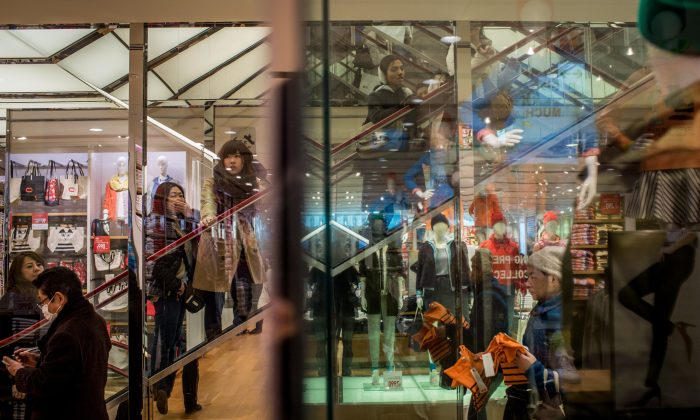 Shoppers browse a clothing store in the Ginza shopping district on February 20, 2015 in Tokyo, Japan. Tourists celebrating the Lunar New Year are visiting Japan, where the weak yen attracts shoppers. With eased visa conditions for Chinese tourists, department stores, hotels and other outlets nationwide are swarming with customers from China, Taiwan and Singapore. (Photo by Chris McGrath/Getty Images)
China

For a growing number of Chinese, travelling abroad isn’t just about seeing sights, studying, or finding work, but finding good shopping deals. Aside from prices, improved quality and safety of Western goods is a strong motivating factor in the recent trend.

Chinese buyers are not only crazy about luxury goods such as brand purses and watches, other daily necessities such as cosmetic goods, electronic goods, health supplements and so on have also become hot items on many Chinese shopping lists.

Chinese media recently republished a blog post by “Xinluduwu,” a Chinese man living in the United States. His friend from mainland China purchased so many health supplements from Costco that he nearly emptied the store of its entire stock.

According to the post, Xinluduwu’s companion bought crates of vitamins, calcium, fish oil, triple flex, children’s allergy drugs, melatonin, and so on to take back to China as gifts for family members.

In surprise, the Costco cashier staff asked, “How many years does it take him to eat all the supplements?… Doesn’t China have these?”

Not only the prices of the health supplement are much cheaper in the U.S. and particularly at Costco, Xinluduwu’s post said, an even greater motivation for his friend’s buying spree is that the quality and safety of American health supplements are far more dependable than that of goods sold in China.

“Although various of health supplements products are for sale in China’s markets, with many labeled ‘American Certification’ and “U.S. import,” with some even appearing exactly like the ones sold in the U.S., the products inside are often faked,” the friend told Xinluduwu.

The loss of trust of Chinese products has become an important reason driving mainland tourists to shop overseas. Over 100 million Chinese traveled abroad 2014, and overseas consumption reached over a trillion yuan ($161 billion), Chinese Minister of Commerce Gao Hucheng stated on March 7 at a press conference.

“In today’s China, there’s no trust among people, people and the government, and the Chinese are skeptical about everything, including the goods they buy,” wrote Meng Tianyu, a columnist, in the Chinese edition of this newspaper.

On March 4, Japan Times reported that massive numbers tourists from China had been buying at Laox Co., “sending the Tokyo-based duty-free store chain to its first profit in 14 years and its shares up 1,400 percent through yesterday from a low in 2012.” The stock value rose 1.5 percent on March 3, to close at its highest since July 2009, the report says.

In Hong Kong, the mainlanders are less welcome. Earlier, protests broke out between Hong Kong natives and mainland shoppers. The visitors are notorious for bulk buying in Hong Kong, rushing for daily goods such as diapers, infant formula milk powder, toothpaste, shampoo and cosmetics.