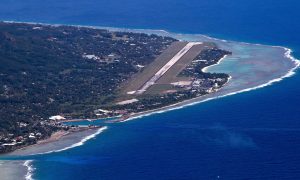 Although an annual report by the Chinese Communist Party’s corruption-fighting agency indicates an increased crackdown on corrupt government officials in China, some experts find it deceptive and shameful.

The Central Commission for Discipline Inspection (CCDI), an anti-corruption agency, published its annual report, touting progress in anti-corruption efforts this past year. The report states that more than 182,000 Chinese Communist Party (CCP) members and cadres, and state-owned enterprise executives have been investigated and punished for corruption.

There’s is much skepticism however. A Jan. 11 commentary pointed out that “catching over 100,000 corrupt officials in a year is pretty shameful, but CCP is boasting about it; its purpose is to fool people.”

Guo Yongfeng, founder of the Association of Chinese Citizens for Monitoring the Government, believes the reported numbers and touting of anti-corruption effectiveness is just part of the facade.

“Therefore, the figures mean nothing. It can only fool and deceive some people who are already blinded. Rational people can easily tell it’s a lie,” Guo said.

Columnist and commentator Lin Zixu thinks its totally absurd for CCP to air its anti-corruption achievements.

“If someone boasted that he had caught hundreds of mice in his house in a year, is that house a place you’d want to go? Aren’t these corrupt officials like big rats? A political party can single out over 100,000 corrupt officials in a year, how shameful it is!” Lin wrote.

“Anyone else would hide it immediately, but the CCP is boasting about it. Their only goal is to fool the people. The CCP has raised a lot of rats to exploit people, and now people want to overthrow it. So, the CCP catches some small mice to ease public anger; this is what I see,” Lin wrote.

“During these anti-corruption campaigns they refuse to release asset information and reject civil organizations independent monitoring. How can a rotten party discipline itself? It’s corrupt people disciplining corrupt people!”

The CCDI report shows that Chinese officials have formed a network of corruption. Among 25 provincial and central authorities, 112 key officials were sacked. Many of them were involved in group corruption, such as the bribery case in Hengyang of Hunan Province, the investigation of many officials in the National Land Agency of Anhui Province, and the high-profile Petro China corruption case.

“In fact, the real ‘in-charge’ CCP magnates are not just corrupt—in their eyes the entire country belongs to them including: water, electricity, telecommunications, petroleum, transportation, etc.—the most important sectors are controlled by these people. Just like ancient emperors who said, ‘There is no land in this world that doesn’t belong to me,’ the CCP’s princeling families probably have the same thought.”