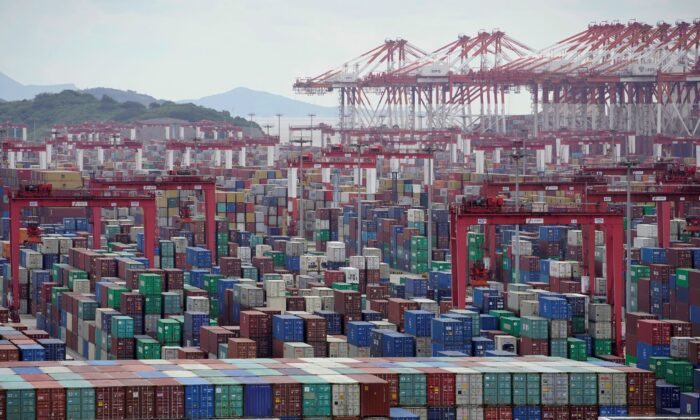 Many Chinese ship crews are struck at sea due to Beijing’s management of the pandemic. Some of the sailors revealed their plight to the Chinese language Epoch Times.

The second officer of a Chinese ship who sails international routes, surnamed Shi, told the publication on Sept. 1 that there are many ships queuing up outside major Chinese ports. He said returning crews need to take a test for COVID-19 before they are allowed to dock and disembark. He added that many ships don’t even make it to the ports.

“Due to the pandemic, the ports don’t allow the change of crew on ships. Many people have worked for 12 to 13 months, or even 16 to 18 months on the same ship, and they can’t get off,” Shi said.

According to regulations, seafarers are not permitted to work over 12 months consecutively. However, many Chinese crew members are stuck on ships at sea even after their contracts expired, according to Shi and others. They explained the reasons for that include the inability of shipping companies to find crew members to replace them; ports forbidding ships to dock for a crew change; or crew members on the ships being infected with the CCP (Chinese Communist Party) virus, commonly known as the novel coronavirus.

“At present, the [Chinese Communist] government has no idea of how to prevent and control the disease on container ships and seafarers,” Shi said. He added that many of the ports prevent ships from entering for fear of the Chinese authorities holding them accountable.

“There is no clear procedure.”

In July, there was an outbreak on the Panamanian coal cargo ship “Hongjin” when it traveled near Zhoushan city, Zhejiang Province. Of the 20 Chinese crew members, 16 of them on board tested positive for the CCP virus.

The crew called for help from authorities in Zhejiang and Jiangsu, but was rejected, forcing the ship to float in international waters for a week without help. It was only after the crew’s dire situation garnered public attention on social media that the Zhoushan authorities agreed to let the ship dock and disembark.

A seafarer from Shandong Province surnamed Hong sails the European and American routes. He told the Chinese language Epoch Times that he embarked on the ship in Peru on Nov. 27, 2019, and disembarked on Oct. 28, 2020.

Hong’s ship docked in Brazil when President Jair Bolsonaro was infected with the CCP virus in July 2020. When they returned to China, he said they were not allowed to go ashore. “We had to stay on the ship for a few months before I finally disembarked.”

He explained that if there is a COVID-19 outbreak where a ship has docked or sailed passed, Chinese officials do not allow crews to change.

Hong said many crew members are banned from disembarking at Chinese ports. “We’re not even allowed to report on these things, even on social media,” he said.

“If you report it, it gets deleted.”

According to Shi, many stranded crew members are now agitated. They are desperate to disembark, and some held work strikes and hunger strikes on the ship. “Many people are acting out on the ship, threatening the captain, or having nervous breakdowns,” he said.

“They are going crazy.”

Shi said that some sailors who caught the CCP virus had to seek treatment outside of China.