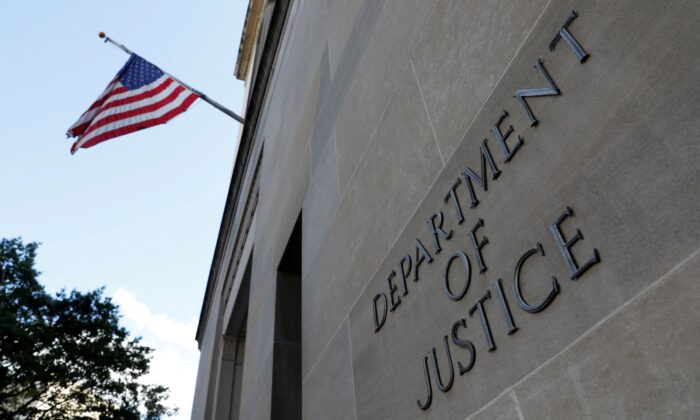 Chinese Scientist Sentenced to 29 Months for Stealing From Monsanto

A Chinese national was sentenced to 29 months in prison on April 7 after pleading guilty to stealing a trade secret from his U.S. employer earlier this year, a crime that Justice Department officials said would benefit the Chinese regime.

Xiang Haitao, 44, a legal permanent U.S. resident formerly from Missouri, worked for U.S. agribusiness giant Monsanto and its subsidiary The Climate Corporation from 2008 to June 2017. The day after ending his employment, he tried to fly to China on a one-way airline ticket, but he was stopped for a search before boarding his flight, according to prosecutors.

Federal officials found he was carrying with him electronic copies of an algorithm that was considered by the two U.S. firms to be a trade secret and their intellectual property. Xiang was allowed to continue his flight to China, but he was arrested when he returned to the United States in November 2019.

The algorithm, named the Nutrient Optimizer, was a crucial component of an online farming software platform developed by Monsanto and The Climate Corporation, according to a court document. The platform allowed farmers to collect, store, and visualize critical agricultural field data and increase and improve agricultural productivity for farmers.

“The defendant took advantage of living and working in the United States to steal a valuable trade secret for the benefit of PRC [Pepole’s Republic of China] entities,” said Assistant Attorney General Kenneth A. Polite, Jr. of the Department of Justice’s Criminal Division, according to a statement.

He added, “This type of theft threatens employers large and small in every state, and it imperils our economic competitiveness as a nation.”

Xiang was going to take the algorithm to China’s state-run Chinese Academy of Science’s (CAS) Institute of Soil Science, which hired him in August 2016 under the  Hundred Talents recruitment program, according to the court document. Xiang began seeking employment at the institute in 2015.

The Chinese Communist Party (CCP) runs many talent recruitment programs, like Hundred Talents and Thousand Talents, to attract overseas Chinese and foreign experts into working in China’s science and tech sectors. Through these programs, Beijing hopes to quickly turn China into an industrial and innovation powerhouse, ultimately outperforming Western countries.

However, these programs are part of China’s multi-pronged efforts to obtain foreign technologies to advance its military, the State Department warns on its website.

“The CCP is developing and acquiring key technologies through licit and illicit means. These include investment in private industries, talent recruitment programs, directing academic and research collaboration to military gain, forced technology transfer, intelligence gathering, and outright theft,” according to the State Department.

Alan E. Kohler Jr., assistant director of the FBI’s Counterintelligence Division, warned that “China does not hesitate to go after the ingenuity that drives [the U.S.] economy,” according to the statement.

“Our economic security is essential to our national security,” he added.

Xiang was also fined $150,000, according to the Department of Justice. After completing his prison term, he must then undergo three years of supervised release.

The Department of Justice has prosecuted many researchers for hiding their participation in China’s talent programs.

For example, Li Xiaojiang, a former professor at Emory University, was sentenced to one year of probation and ordered to pay $35,089 in restitution in May 2020, after being convicted of tax fraud in connection to his concealment of earnings from taking part in the Thousand Talents program.

Another participant in the Thousand Talents program, James Patrick Lewis, a former West Virginia University professor who worked for the CAS, was sentenced to three years in prison for federal program fraud in July 2020.

In June 2021, a senior NASA scientist was sentenced to 30 days in prison and fined $100,000 for lying about his participation in the Thousand Talents program.