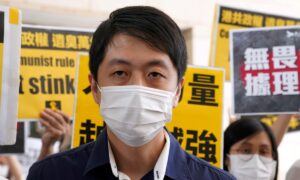 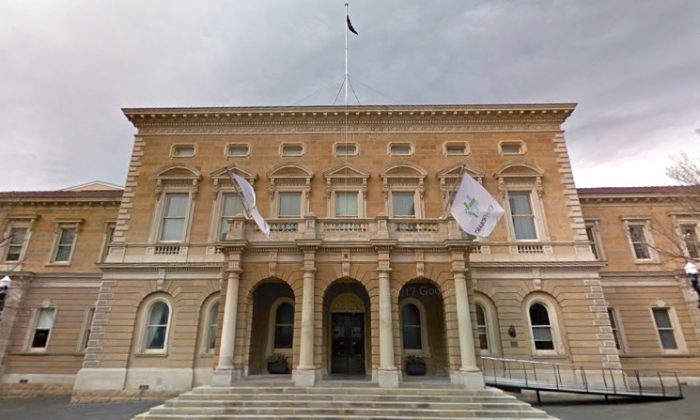 Some Chinese in Hobart recently joined together to dissociate themselves from a Chinese candidate who is seeking a seat in the city’s council elections in October.

A group of 10 Australian-Chinese signed a public letter to distance themselves from Tang Yongbei, a Chinese-born Australian citizen who is running for councillor in Hobart City Council (HCC).

The signatories’ letter was published in the opinion section of Hobart’s local paper, The Mercury.

Ten signatories to this powerful public letter from members of Tasmania’s Chinese community.

They wish to remain anonymous as explained by, and respected in, today’s @themercurycomau.

Why? Because they are afraid of being punished by Beijing and its #politas backers. pic.twitter.com/zODatJS9d7

“It is important Hobart voters understand that Chinese candidate Yongbei Tang does not represent the majority of the Chinese community in Hobart,” the letter said.

The signatories wished to remain anonymous, a request upheld by The Mercury. The paper cited “higher principles involved that take precedence” over its usual editorial stance of requiring authors’ names to be published.

“Recently there has been negative news about Chinese and as a result our community is now experiencing forms of racism,” they wrote in the letter.

“Several of us have heard slurs such as, ’Why do you Chinese endorse a candidate related to the Communist party?’”

The letter said that in 2014, two candidates from the Chinese community also ran in the HCC election.

“No people criticised or questioned them or their loyalty to our Australia, or any hidden agenda with the Communist party, because they never had anything to hide,” the letter said.

“We do not endorse her [Tang] hiding of titles of many organisations including her association with the Chinese Government.”

Tang has been in the spotlight of local media since allegations arose in September that she may have been stacking the electoral roll with Chinese students to get elected.

In a September opinion piece in The Mercury, HCC councillor and mayoral candidate Marti Zucco was quoted saying that Tang had been active in the Chinese student community and aimed “to exploit an electoral loophole and stack the rolls with Chinese students to get elected as an alderman.”

“The students fear if they don’t do as they are told, it could be trouble for their relatives back home,” Zucco was quoted as saying.

Translated WeChat transcripts cited by The Mercury show that Tang set up a stall in August at the University of Tasmania to help Chinese students enrol to vote, and offered to deliver their enrolment forms for them.

Tang said she did not do anything wrong, and that she was invited by a student organisation of the university on Aug. 14.

“We all promote and encourage people to vote for us, it’s the same as anyone else going to a group of people and encouraging them to vote,” she told The Mercury. “This organisation informs students of their eligibility for voting in upcoming elections.”

Tang has also confirmed that she takes on a formal but voluntary role with the Chinese Consulate in Melbourne. In that role, named the Tasmanian Consular Chinese Citizen Protection Liaison Officer, Tang says she acts in cases of emergency such as when citizens of China are involved in car crashes. The role came after years of voluntary work where she helped Chinese students with problems, from homesickness to car crashes and depression, Tang told The Australian.

‘Put a Nail in Tasmania’s Politics’

Tang, a journalist, is the editor of the magazine Tasmania Chinese News and news website Chinese News Tasmania. She is also a correspondent for SBS Radio’s Mandarin Program.

In late September, The Mercury reported that it had obtained a photo of Tang at the Chinese People’s Political Consultative Congress in Beijing last year, to which Tang explained she had attended as a journalist. The annual meeting comprises of people who are considered influential and reliable to advise the Chinese Communist Party.

An unattributed article written by the magazine HCC candidate Yongbei Tang edits has called on Chinese-heritage people to "put a nail in Tasmania's politics" by voting for her https://t.co/XhFXK5JMRZ #politas

Also in late September, Tasmanian Greens MP Cassy O’Connor raised concerns in the parliament over statements that had been attributed to the Tasmanian Chinese News Network.

“The article in Chinese News Tasmania notes that ‘Australia is a society dominated by white people’ and called on Chinese people living in Tasmania to back Ms. Tang’s election,” O’Connor said.

“I want to see a powerful Chinese community,” the article said in Chinese, O’Connor quoted.

“One councillor is far from enough. We need to put a nail in Tasmania’s politics and add another one four years later.

“We have dominated business circles, now we need to establish ourselves in politics.

“The Chinese community will become more established only when business power and political power join forces.”

In addition to her roles as a journalist, Tang is a board member of the Multicultural Council of Tasmania, where she now serves as treasurer, according to The Mercury.

Tang told The Mercury that she is also the president of the Chinese Cultural Society of Tasmania (CCST), a society that has existed for more than 10 years.

Tang was also the vice-chair on the board of the Tasmanian branch of the Australian Council for the Promotion of the Peaceful Reunification of China (ACPPRC) between October and December 2017. She expressed confusion that she was listed as its treasurer in an October extract of its registration, according to The Mercury.

Tang told The Mercury she joined the board because she was friends with its chairman, Xin De Wang, but left when she realised it “caused a lot of trouble” as an organisation with recognised links to the CCP’s United Front Work Department. In addition, she told The Mercury that it was a lot of work.

According to Clive Hamilton, academic and author, the ACPPRC has ties to the China Council for the Promotion of Peaceful National Reunification—an agency in the CCP’s United Front Work Department that is tasked with carrying out influence operations among overseas ethnic Chinese communities (pdf).

The United Front has been a key apparatus for the CCP propaganda warfare since the time of Mao Zedong (pdf) and continues to have staff stationed in Chinese embassies around the world.

Tang explained to The Australian that she believed the ACPPRC was a “cultural” organisation and quit when she realised the group was “too sensitive.”

O’Connor told ABC Hobart on Oct. 15 that Tang was still listed as an ACPPRC member as of two weeks ago.

To say that one is not a member of the CCP is misleading – one part of United Front efforts is to rope into CCP’s sphere of influence people who are not actually Communists.

While having the backing of many in the Greens movement, O’Connor has faced criticism from a few colleagues who have said that her questioning of Tang’s China-links was unfair. The colleagues also said that she ran the risk of being seen as xenophobic, The Australian reported.

The Young Greens’ national co-convenor Mark Clayton went so far as to accuse O’Connor of “straight up racist dog-whistling,” calling on her to resign. “WTF are you doing in the Greens, the rest of us are fighting against racism and here you are standing side-by-side with Hanson,” he tweeted.

O’Connor responded by saying that her assessment of Tang’s allegiances had been made based on information from Australia’s security agency ASIO, according to the ABC.

“Anybody who knows me knows that I don’t have a racist bone in my body,” O’Connor told ABC Hobart.

She continued to explain that her singling out of Tang was not based on ethnicity but on “compelling evidence of a programme of interference in domestic politics by the Chinese communist government.”

“It doesn’t represent the Chinese people who have made an incredible contribution to the world’s cultures.

“The Chinese government represents totalitarianism. It’s undertaking a surveillance state in the North of China, it’s imprisoning more than a million Uyghur and Kazakh muslims, it’s inflicted misery on the people of Tibet. It undertakes surveillance on its own citizens no matter where they live in the world.

“So when these accusations come from people who haven’t taken the time to do the research, they’re difficult to bear, but because I know it’s not true and we have a duty to defend democracy. We are committed to taking this further because democracy is very fragile,” O’Connor said.

O’Connor condemned the racist slurs that have been directed towards Tang and the Chinese community since the debate over Tang’s run for public office began. She added that she is not personally responsible for attacks by certain “nasty” members of the public “who would want to make this about race.”

Hobart City Council candidate Yongbei Tang has had her election posters in New Town de-faced with racist slogans. She says she feels “disgusted, sad and ashamed.” But says most Tasmanians are kind and it’s a select few who have “these racist thoughts.” #politas #Hobart #china pic.twitter.com/hQOdOknaAd

“Some people would like to put that personal responsibility on me, but I think it’s important to remember that we have had other candidates run for election in Tasmania and they too have experienced racism,” O’Connor said.

Melanie Sun and Alan Cheung of The Epoch Times contributed to this report.