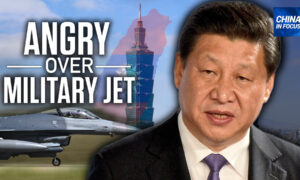 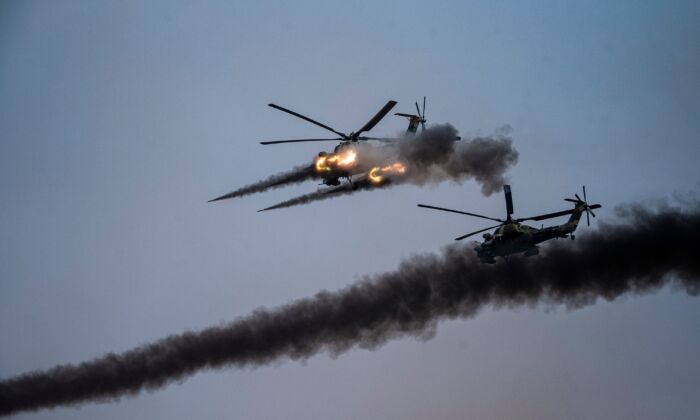 China and Russia are engaging in joint military exercises in northwestern China in a sign of growing military ties between Moscow and Beijing.

The exercises involving ground troops and combat aircraft will continue through to Aug. 13 in the Ningxia Region.

The region is located in northwestern China, east of Xinjiang. It is where the Chinese Communist Party (CCP) has detained more than 1 million Uyghurs, ethnic Kazakhs, Kyrgyz, Uzbeks, Tajiks, and other religious minorities in forced labor camps.

The United States has declared China’s detention of the Uyghurs an act of genocide, while China said it was a response to “terrorist activities” in the region.

Beijing has said the joint exercises would be a chance for China and Russian to mitigate concerns in the region about any potential overspill of violence from the increasing conflict occurring in Afghanistan following the pullout of U.S. allied forces.

The news of the exercises comes after Chinese Foreign Minister Wang Yi met with Taliban representatives last month. No agenda for the meeting was released to the public. However, representatives of the Taliban in July described the CCP as a “friend.” The endearment was reciprocated by the editor-in-chief of China’s state mouthpiece Global Times.

The exercises mark the first time that China has invited Russia into its territory for military wargames. It is also the first time China will showcase its most advanced weapons and equipment, including the J-20 stealth fighter, which has previously not appeared in any joint military exercises.

Stopping short of a formal alliance, China and Russia have increasingly coordinated their military and foreign policies.

In 2020, China joined in Russia’s Kavkaz 2020 strategic military exercises in central Russia, which caused India to withdraw from the exercises due to its border dispute with China.

Chinese state-media Huanqiu says the increasing military cooperation between the two countries demonstrates that trust between Beijing and Moscow had reached an “unprecedented level.”

The Russian Defense Ministry said that the training event was to strengthen “the level of military cooperation and friendship between the armed forces of the two countries” and the two countries’ relations.

Russia has also backed the Chinese regime on its disputed territorial claims in the South China Sea, which have brought Beijing into conflict with the United States and its allies.

China has stated it has overlapping territorial claims with U.S. allies—Taiwan, Brunei, Malaysia, the Philippines, and Vietnam. The countries have been locked in increasingly tense territorial standoffs due to the CCP’s increasingly belligerent actions in the region, like building seven disputed reefs into missile-protected island bases.

Although an international arbitration ruling in 2016 invalidated Beijing’s claims in the South China Sea, Beijing has refused to leave things as they are in the region.

U.S. Secretary of State Antony Blinken has responded to China’s increasingly aggressive claims to the region by warning that any conflict there or in any ocean “would have serious global consequences for security and for commerce.”

The area has seen “dangerous encounters between vessels at sea and provocative actions to advance unlawful maritime claims” that seek to “intimidate and bully other states lawfully accessing their maritime resources,” Blinken said.