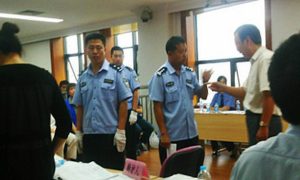 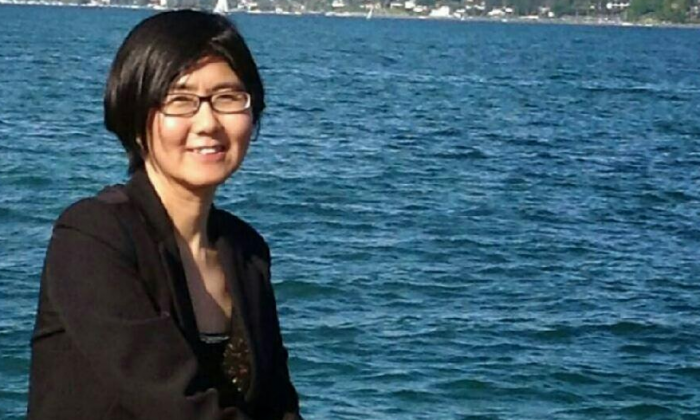 A well-known human rights lawyer, Wang Yu has defended many clients in politically sensitive cases, like those involving human rights activists or religious practitioners. She was forcibly taken from her home by police officers on July 9, 2015 (guonengbin/weibo.com)
China

Early on the morning of July 9, human rights lawyer Wang Yu was dragged away from her home in Beijing by over a dozen police officers, according to recent reports from China.

Chinese Human Rights Defenders, an NGO that focuses on human rights, reported that Wang Yu had sent an urgent message saying: “Right after I saw off my son and husband at the airport, the electricity in the house suddenly cut out…Then, I heard someone knocking on the door. Through the peephole, I could not see anyone, just darkness. Occasionally, I could hear low, muffled voices. I can’t reach my husband or my son’s phones. What happened to them?” The group didn’t say how she sent the message.

Fellow lawyer, Li Fangping, told BBC Chinese that at three or four o’clock in the morning, twenty to thirty police officers came and arrested Wang Yu, ostensibly on account of a matter related to drugs. Her son and husband also cannot be reached.

Wang Yu is a prominent human rights attorney in China, and has taken on a number of civil rights cases. A week ago, while representing her client, Wang Yu was “tossed out like a bag onto the street” by court bailiffs, according to a witness, for insisting on attending the cross-examination.

With two other lawyers, she had been defending four practitioners of Falun Gong, a Chinese cultivation and meditation discipline that has been persecuted in China since 1999. Hundreds of thousands of Falun Gong practitioners are believed to be held in arbitrary detention at any given time, where they are tortured and brainwashed.

The lawyers who represent them do not fare much better, as authorities often assault or harass them and sabotage their court cases. For instance, in another recent case involving Falun Gong practitioners, lawyer Wang Quanzhang was severely beaten by court bailiffs acting on the orders of the presiding judge. The Chinese regime regularly uses underhanded methods to intimidate lawyers in cases involving human rights abuses or religious persecution.

Wang Yu, 44, started working in Beijing in May, 2004 and is well-known for her participation in politically sensitive cases, like those of activist Cao Shunli.

In June of this year, Xinhua News Agency and several other state-run news media began targeting her with reports claiming she had committed assault in 2008 and refused to serve her sentence. Wang Yu, refuted the media’s allegations, however, saying she was falsely accused and had already served a two-and-a-half year jail sentence. Since then, she has continued her work defending such clients.

In response to her arrest, Feng Yanqiang, a Shandong lawyer also involved with the Falun Gong case, said, “Without democracy, there is no rule of law. Without rule of law, there are no human rights.” He added: “I hope more mainland Chinese citizens can awaken to the truth. Only by striving one step at a time for one’s proper rights can China make genuine change.”