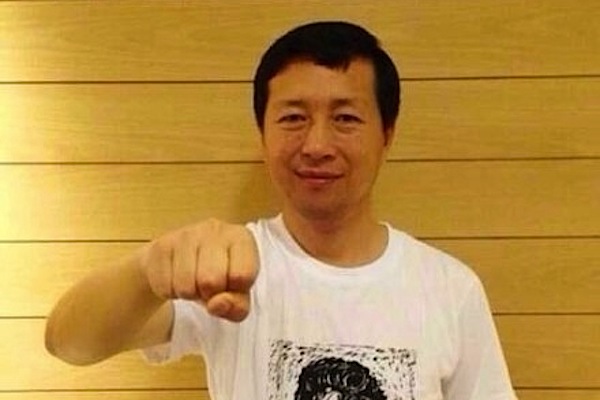 Tang-jitian: Human rights lawyer Tang Jitian. Tang was detained after attempting to negotiate the release of a practitioner of Falun Gong on Oct. 16. (Weibo.com)
China

The Chinese rights lawyer Tang Jitian was put under administrative detention on Oct. 16, after attempting to negotiate the release of a practitioner of Falun Gong, a spiritual practice that is persecuted by communist authorities.

Tang had traveled to a so-called Legal Education Center, better known as a brainwashing facility, in the north of China with Yang Kaicheng, the husband of the detained Falun Gong adherent. The two of them sought out the local 610 Office in the city of Jixi, Heilongjiang Province. The 610 Office was set up to oversee and coordinate the persecution of the practice by former Communist party leader Jiang Zemin.

The discussions resulted in Tang himself being locked up for “disturbing the order of the office.” The initial detention period was for five days, but by Oct. 19 it was unclear whether Tang would actually be released. On that day, 13 other rights lawyers traveled to Jixi to support Tang, and over 100 activists protested in Beijing for his release, but were rebuffed by the authorities.

Yang Kaicheng’s wife, Yu Jinfeng, was detained in Jixi on Sept. 29; it is unclear whether she has been tortured or abused, but reports of brutal treatment in custody are common in such circumstances.

According to one of the human rights lawyers that traveled to Jixi in support of Tang Jitian, the authorities were both violent and rude in their treatment of the lawyer and his client on Oct. 16. Agents with the 610 Office prevented Tang from entering their office, calling the police who took them away and detained Tang. In the process, they violently grabbed Yang Kaicheng around the neck.

Dong Qianyong, a lawyer and colleague of Tang’s, said that security officials mocked them when they came to call for Tang’s release. Zheng Haiyang, the city’s police chief, yelled: “Look how many of you lawyers are here! We will see how many lawyers around the country can come!”

‘Not a Regular Lawyer’

Zheng told the lawyers that the city police have received an order from the Political and Legal Affairs Committee in Beijng that they can’t release Tang Jitian because he is “not a regular lawyer,” given his defense of Falun Gong practitioners.

“Falun Gong is very influential outside of China. The 610 Office got hundreds of phone calls after Tang was detained,” Zheng said, according to lawyer Dong Qianyong.

Tang has been active in defending the rights of persecuted and vulnerable groups in China, including Falun Gong practitioners, victims of forced demolition, and the parents of infants sickened by melamine-tainted milk.

In 2010 his license to practice law was revoked in what was seen as an act of revenge by the authorities for his advocacy work. The following year he was kidnapped and beaten by security forces, contracting tuberculosis while in secret detention.

“We went to negotiate with the relevant department to release him,” said Tang’s wife, Liu Fenglan, in a telephone interview with Epoch Times. “He had bad stomach ache when I saw him. His health condition is bad because of the tuberculosis. It doesn’t seem hopeful that he’ll be released.”

Other lawyers who have defended Falun Gong practitioners have been treated brutally and in some cases locked away for years and tortured, without any judicial process. Gao Zhisheng, who was treated in this manner, is currently in a prison in the remote northwestern province of Xinjiang.

With reporting by Gu Qinger.