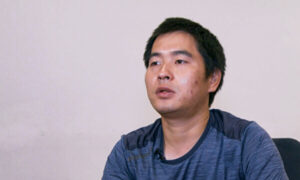 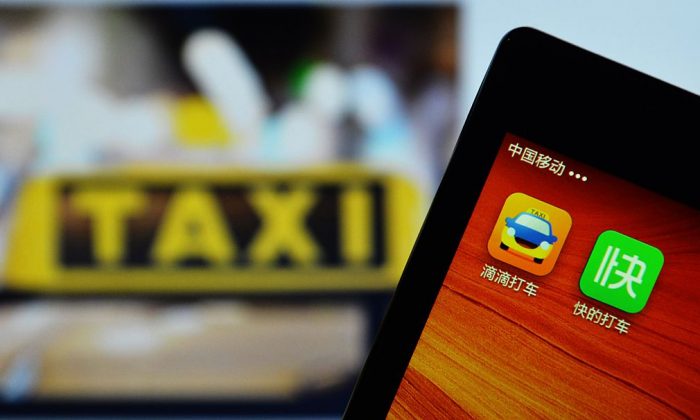 Didi Chuxing’s business operations have been under heavy scrutiny since two female passengers allegedly were raped and killed by drivers at China’s leading ride-hailing service within the past five months. Now, in addition to safety concerns for female passengers, there’s a new challenge.

Fares apparently are often subject to manipulation by Didi drivers.

Apps being peddled on Chinese social media allow Didi drivers to arbitrarily increase fares, and to intercept ride requests for other drivers, according to an Aug. 28 investigative report by China’s state-run Legal Daily.

“I saw the [calculated] fare on the system to be 12 yuan ($1.76). But when I got off, the fare became 22 yuan ($3.23). I asked the driver why there was such a huge difference, but he told me that’s what the system said,” said Mr. Shen, a resident of Linzhou, a county-level city in central China’s Henan Province, when interviewed by Legal Daily.

“I remember the driver did not take a detour [to reach my destination]. So he could have used an app [to increase] the fare.”

The existence of such an app became known early this month, when a Didi driver identified by the surname Wang spoke to state-run Chinese newspaper Chinese Business View. He said he bought a cellphone that came with an app, which, when working alongside Didi’s ride-hailing app, would allow him to manipulate fares.

In a demonstration to Chinese Business View during a ride in Beijing, Wang showed that the original fare of 8 yuan ($1.17) ended up being 16.09 yuan ($2.35), because of manipulation to the car’s GPS position. Thus, the actual distance a car traveled would appear longer on Didi’s ride-hailing app, leading to the higher fare.

Additionally, Wang also showed that he could intercept ride requests in a given area. For example, Wang said he could set a targeted area near an airport, where he would have a chance to pick up long-distance ride requests and thus increase his income.

In conversations with several people who sold the fare manipulation apps, Legal Daily learned that these apps sell for 300 (about $44) to 800 yuan (about $117). The seller of the more expensive app claimed that his product’s manipulation is less likely to be detected, compared with other apps sold on the market.

Ms. Chen, a resident of Yangjiang City in southern China’s Guangdong Province, told the Legal Daily that she was once charged 120 yuan (about $17.6) for a ride, even though no Didi drivers arrived to pick her up. She said that she’s called Didi’s customer service repeatedly, but hasn’t been able to get her money back.

Legal Daily also reported that for a price of up to 5,000 yuan (about $734), there are services offered to help people register successfully on Didi, even if they are underage or have a criminal record. Additionally, the so-called trust barometer given to each Didi driver could also be adjusted.

On Didi’s app, there are two different ratings: One is the driver rating, similar to the one found on Uber, while another is the trust barometer, which rates both drivers and passengers.

For example, a driver will see his trust barometer drop if a passenger files a complaint with Didi. A passenger’s trust barometer can drop if he fails to properly communicate with a driver about sudden changes in the number of passengers or route.

A search on Chinese e-commerce platform Taobao, which is operated by the internet giant Alibaba, shows that these manipulation apps aren’t limited to Didi. Many sellers also offer to sell electronic gadgets that allow users of Huolala—akin to a truck version of Didi, on which passengers in need of a truck to move or deliver goods can hire a driver—to intercept requests.