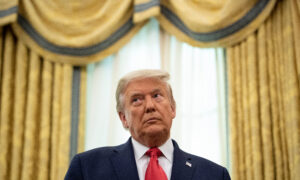 MONTREAL—Canadian courts and tribunals don’t understand the Chinese regime’s global repression of targeted groups, human rights lawyer and Nobel Prize nominee David Matas told the 2012 conference of the Canadian Association of Law Teachers (CALT) at the University of Montreal on May 24.

Canada’s legal system needs to be aware of the global scope of persecution of vulnerable groups like Falun Gong to maintain its integrity and inspire action on international human rights justice issues, Matas said.

Matas analyzed five court cases and one tribunal to show how the legal system has failed to grasp the global nature of the persecution of Falun Gong being pursued by the Chinese regime, which Matas noted, is a foreign repressive state.

While key perpetrators of the widespread imprisonment, torture, and killing of Falun Gong adherents do not acknowledge lawsuits filed against them in courts around the world, Matas said they do defend themselves through a proxy, the All China Lawyers Association (ACLA).

He described two cases of torture victims suing their perpetrators. In one, the plaintiff sued former Chinese head of state Jiang Zemin who orchestrated the persecution of Falun Gong. In the second, the plaintiff, a Toronto resident, took action against the now-disgraced Chinese official Bo Xilai, then minister of commerce and former head of Liaoning Province.

Bo rose to prominence under Jiang for his role in conducting a brutal repression and widespread torture of practitioners, which included the plaintiff.

While none of the accused contested the cases, the ACLA was granted intervener status as friend of the court to argue immunity for the accused.

Unlike the Canadian Bar Association, ACLA is directly controlled by the Chinese Communist Party (CCP) and in China it is used by the CCP to stop lawyers from representing Falun Gong practitioners, thus directly participating in the persecution of Falun Gong.

It is completely wrong for Canadian courts to allow the ACLA, which denies justice to victims in China, to interfere in cases in Canada, Matas said. Allowing ACLA to intervene in Canadian courts means the courts are willing to turn a blind eye to its complicity in the persecution.

By so doing, Matas said any confidence that the courts will mete out justice is correspondingly decreased.

While the persecution of Falun Gong is intense and fatal in China, the Chinese regime finds several ways to attack adherents in Canada as well.

Matas described how the regime exports the slander used in China to demonize and thus justify the murder of Falun Gong adherents.

One of the most notable cases in recent years is that of Crescent Chau, the publisher of La Presse Chinoise, a Montreal-based Chinese-language newspaper that regularly publishes some 4,000 copies that sell for 60 cents each in Montreal, with a few hundred in Ottawa.

Starting in late 2001, Chau started to print runs of up to 100,0000 copies of 32-page special editions distributed nationwide for free, devoid of any ads or news. All 32 pages were packed with articles attacking the founder of Falun Gong and vilifying Falun Gong adherents with fabrications of bizarre practices like bestiality and vampirism.

At the time, The Epoch Times published articles that examined Chau’s actions and the Chinese regime’s repression of Falun Gong. The articles noted Chau’s actions revealed he was acting as an agent of the regime.

The articles also reported on Chau’s business connections to questionable characters and quoted Chen Yonglin, a former high-ranking Chinese diplomat who had defected to Australia, who suggested that Chau’s paper was serving as a propaganda tool for the CCP in Canada.

Chau said he wanted to eliminate Falun Gong yet stated he had neither spoken with Falun Gong adherents for the contents of the special edition nor read the Falun Gong teachings.

Chau was sued for defamation by 232 Falun Gong practitioners before the Quebec Superior Court and the Court of Appeal. The Court of Appeal concluded that the accusations of criminal behaviour, levied without any proof, were defamatory, but that they did not result in personal damages to individual plaintiffs.

That ruling overturned the lower Quebec Superior Court that gave credence to the defamation. The lower court had earlier held that it was not able “to come to the conclusion that contents of the impugned particles … are false, grossly inaccurate, published to incite hatred and derision in Canada or persecution in the People’s Republic of China.”

Although the lower court was overruled, Matas said the fact that a Quebec Superior Court judge would give credence to CCP propaganda against Falun Gong is troubling.

“What happens in court has a significant impact outside of court and beyond the judgment,” he said. “A poor judgment—the wrong result for the wrong reason—misleads the public.”

Discrimination Against Falun Gong in Canada

In the above case, although the Court of Appeal ruled that Chau’s act was illegal, no punishment was given and Chau subsequently repeated the crime. It’s part of a pattern Matas described of courts and tribunals failing to understand the nature of what is happening.

During the hearing, Matas noted that ample evidence detailed how the seniors association was following the Chinese communist regime’s anti-Falun Gong policy and how the expulsion of Huang was instigated by the Chinese Embassy in Ottawa. Yet the decision made no finding on the aspect of the extension of the persecution of Falun Gong to Canada.

Matas was uncertain whether justice had been served, despite Huang’s win. To judge the system, he said one must look at the process as a whole rather than just the outcome.

Because the tribunal made no finding on the global pattern of persecution, the decision was limited in impact and has much less relevance than it could on the global campaign the Chinese regime is carrying out against Falun Gong.

Some cases do have landmark implications, delineating the line between regular criminal activity and activity that is part of a broader coordinated effort at repression.

Chau’s lawsuit against The Epoch Times is one example. While the defamation finding that Falun Gong adherents won against him was limited, a better result came from Chau’s attempt to sue The Epoch Times.

Chau tried to sue The Epoch Times for libel for describing him as an agent of the CCP. He lost, and the court asserted he was indeed acting as an agent of the regime. The ruling set a precedent that can help other courts understand the nature of actions taking place in Canada.

However, such findings are limited, noted Matas.

“Sometimes you get a good judgment; that doesn’t remove the general problem I was trying to identify, which is a general lack of awareness of what’s going on in China,” he said.

“I think when we’re dealing with specialized tribunals we have to make sure they get the specialized knowledge they need.”

It can be difficult for courts and tribunals to understand the scope of repression in China, he noted.

In order to maintain its integrity, the Canadian legal system has to become more familiar with the global nature of the CCP’s oppression of Falun Gong and its practitioners, Matas said, adding that currently, the system falls short.

“That system doesn’t work that well with these types of cases because there’s just too much contextual background information that the courts need to deal with.”

By issuing limited judgments, courts fail to define the parameters of what is happening accurately, which does little to prevent future acts of persecution.

“Every opportunity Canadian courts miss to stand against the CCP’s global repression of Falun Gong becomes a licence to that suppression.”

Matas said the CCP’s oppression of Falun Gong has impacted the Canadian justice system by weakening it, making it less credible, and showing it to be “ill-informed and gullible.”

“We need to get our system organized so that victims abroad who come to Canada can get justice here.”

The conference at which Matas spoke ran two days and included experts from across Canada who spoke on a wide range of topics dealing with the 30th anniversary of the repatriation of the Canadian Constitution. Speakers also discussed both teaching and learning the law in Canada and elsewhere.