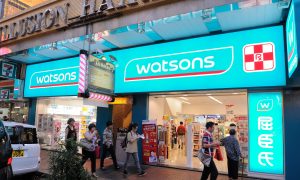 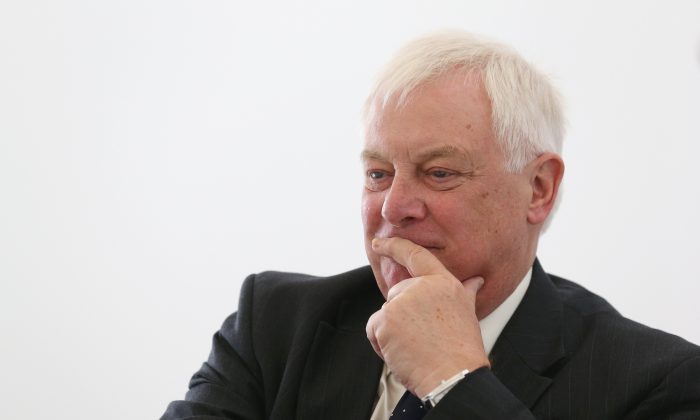 When former Hong Kong governor Chris Patten made some comments the Chinese Communist Party (CCP) didn’t like, he faced a wave of criticism orchestrated from Beijing.

Patten, a British public servant and the last governor of Hong Kong before it was handed over to China, recently talked about the universal suffrage of Hong Kong during an interview with the Wall Street Journal. Patten said that the U.K. still has responsibilities and interests in Hong Kong.

The CCP’s Ministry of Foreign Office also responded on Nov. 13 through their website, saying that they are “firmly opposed to foreigners’ irresponsible and indiscrete remarks.”

Amid political unrest and the meeting of the Third Plenum of the Central Committee in Beijing, the CCP has been applying an unprecedented comprehensive blackout of news, swiftly removing any discussion of the Third Plenum from the Internet. Meanwhile, the CCP is criticizing the British and American governments and the Hong Kong pan-democrats.

According to Hong Kong City University Political Professor Joseph Cheng, the CCP adopts this strategy of blaming “the influence of foreign forces” when they face a political crisis.

“Whenever there was mass demonstration, pro-CCP media would say it was due to Taiwan and foreign forces,” Cheng said. “On one hand, they intend to discredit them; on the other hand, they are finding an excuse for why so many people are against the government. They need to self-examine to find the reason.”

Cheng said the CCP overreacted to Patten’s interview. “Chris Patten expressed a very mild remark. When you called it irresponsible and indiscrete, that was actually a violation of a normal international social interaction. Besides, democracy, freedom, and the rule of law are all universal values; what’s wrong with promoting democracy?”

When Cheng visited Taiwan along with pro-democracy activists Legislative Council member Lee Cheuk-Yan and Reverend Chu Yiu-Ming, the CCP labeled it as conspiring with Taiwan separatists for an independent Hong Kong. Cheng said the CCP always slanders pan-democrats to discredit them, but this will not make them change their stance.

Cheng thinks that during the recent wave of criticism against Hong Kong pan-democrats and the British and American governments, the CCP’s remarks have become more leftist and their control is tightening. However, Cheng believes that this will not change Hong Kong people’s confidence in their fight for democracy.