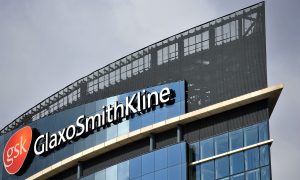 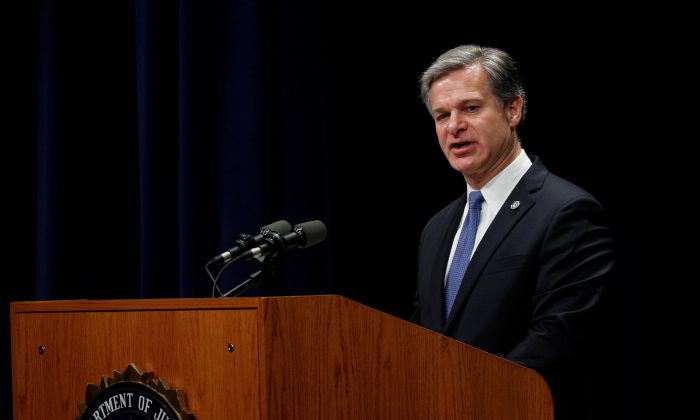 The FBI has more than 1,000 active investigations into the theft of U.S. intellectual property, “almost all leading back to China,” as the communist regime is waging a “generational fight” to achieve economic dominance, FBI Director Christopher Wray told a Senate committee on July 23.

“There is no country that poses a more severe counterintelligence threat to this country right now than China,” Wray told the Senate Judiciary Committee, reiterating previous warnings that he’s made about the Chinese regime.

Beijing is using both state and non-state actors to “steal their way up the economic ladder at our expense,” he said.

Victims of Chinese economic espionage, Wray said, range from Silicon Valley start-ups to Fortune 100 companies, across a variety of fields including agriculture and technology.

The FBI director said the regime uses legal and illegal means to steal U.S. intellectual property and trade secrets, including through cyber hacking, foreign investment, and bribing insiders who work at U.S. organizations.

“It doesn’t mean we shouldn’t do business with China,” Wray said, but companies need to be “clear-eyed” about who they transact with.

It isn’t only intelligence officers and state operatives doing the Chinese regime’s bidding, Wray said, noting that there is a slew of “nontraditional collectors” such as business executives, scientists, high-level academics, and scientists who transfer U.S. intellectual property to China.

He said many Americans may not appreciate that Chinese companies aren’t independent of the Chinese Communist Party (CCP), owing to Chinese laws that require companies to provide information to the Party on demand. In addition, authorities require that all Chinese companies establish party committees to ensure companies adhere to the CCP’s policies, he said.

He also referred to the two federal indictments against Chinese telecom giant Huawei. In one case, the company is accused of stealing trade secrets relating to a robotic testing device from U.S. mobile carrier T-Mobile. In the other, the company and its chief financial officer is charged with bank fraud and violating U.S. sanctions against Iran.

The Chinese regime also targets Western academic and research institutes through a recruitment program known as the “Thousand Talents Program.” While the program, which aims to recruit accomplished scientists and experts based in Western countries to work in China, is legal, it has created a “pipeline” of intellectual property flowing from U.S. academic institutions to China, Wray said.

The program facilitates the transfer of technology developed at academic institutions, including those arising from research funded by federal grant money, to China, Wray said.

The FBI director said the agency is working with U.S. universities and research institutes to inform them of the risks associated with the program.

Theft of U.S. intellectual property is among several core concerns about China’s unfair trade practices that Washington seeks to resolve during ongoing trade talks with Beijing.