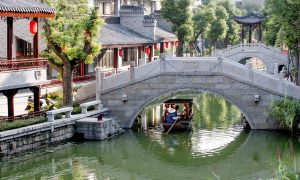 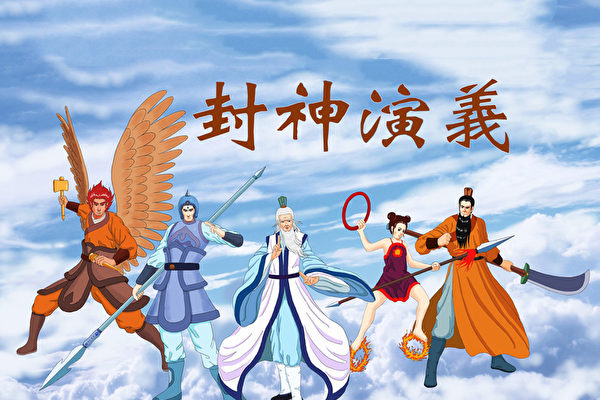 The recent ban by the Chinese regime of a popular TV drama, which is based on a classical novel, seems to aim at rooting out any and all spiritual content and triggered a wave of criticism on Chinese social media.

Though rarely known in the West, the novel Investiture of the Gods, or Feng Shen Yanyi in Chinese, is as important to Chinese culture as the Homeric Hymns is to Western culture. Written in the 16th century, the novel is an epic re-telling of the war between gods and demons during the decline of the Shang Dynasty (1600–1046 BC) and the rise of the Zhou Dynasty (1046–256 BC).

King Zhou, the last ruler of the Shang Dynasty, was bewitched by his demon-possessed concubine and led a life of debauchery and luxury. The pair cruelly exploited the people and executed those who dared to oppose him, including his loyal officials, generals, and even his queen and son.

King Ji Fa started a war against Zhou to end the tyranny, and both sides enlisted magical beings—deities, immortals, demons, and humans with supernatural powers. The story ended in the overthrow of King Zhou and the death of the fox-demon.

A 50-episode drama based on the novel has been a hit on Hunan Satellite TV, China’s second largest channel, until the channel announced on June 3 that it would compress the last 12 episodes into two, and then canceled the show altogether without notification. No official explanation has been provided, and whether the two ending episodes will be shown later remains a mystery.

Most Chinese who commented on social media thought the ban is about the authorities’ fear that the program will rekindle spiritual beliefs in China. Some thought that since the ban occurred the day before the 30th anniversary of the Tiananmen Square Massacre on June 4, the corrupt king and officials in the show would remind people of the Chinese Communist Party (CCP) officials, and that the cruel slaying of innocent people would stir memories of the 1989 massacre.

This is only one example of the latest round of censorship in China’s entertainment industry and social media. In mid-May, Baidu, the Chinese version of Google, caused an uproar on social media after deleting all posts prior to 2017 on Tieba, its online community with 1.5 billion users.

In late May, the Cyberspace Administration of Shanghai shut down Qidian.com, a Chinese online reading platform for independent writers with an alleged accumulation of over 1 million literary works. Some writers said the authorities banned content that included politics, gangsters and pornography. The mention of kissing, sex or even embracing may also lead to removal of content. Furthermore, characters in special occupations—such as police, military, special agents, and firefighters—may not be associated with sexual activity in literature.

Rumors floating on the Internet say that other bans include fighting scenes, deities, Buddhist and Taoist monks, ghosts or spirits in fantasy genre, “criticism of nihilism of imperial power” (whatever that means), killing scenes, soldiers with supernatural powers, magic, religion, and descriptions of the human body below the neck.

Though such rumors have not been verified or denied, Chinese netizens have been lamenting the loss of their already quite pathetic “freedom” of speech.

“Why don’t you just ban everything and let us only memorize the communist leaders’ quotes?” one netizen complained in a post. “We’re not allowed to care about politics or the news. Now we can’t even entertain ourselves by reading a novel. How can Chinese people survive?”

Spirituality: The Number One Target

Although violence and pornography are often stated as reasons for censorship, Beijing’s primary target is spirituality, because people of faith are more difficult to corrupt and to control. Since its establishment, the communist regime has made it a priority to uproot millennia of spiritual beliefs from Chinese society to make way for communist ideology.

After decades of relentless crackdown on traditional religions, including Buddhism, Taoism and Christianity, the regime started an all-out war on the spiritual meditation practice Falun Gong, the country’s most popular qigong practice. In the two decades since the ban, Beijing has taken every measure possible to block all mention of the severely persecuted group, allowing only the official rhetoric.

Now the war on spirituality is reaching even deeper and broader. A recent example is that the regime has edited excerpts of world masterpieces that are included in Chinese school textbooks. All words and phrases containing spiritual implications—i.e. God, Bible, belief, praying, rest in peace—were deleted.

Reports of 1 million or more Uyghur Muslims being held in secret re-education camps and forced to renounce their faith and traditions have been making world headlines as well, alarming the international community.

“The CCP’s reactions show that China and the U.S. are in a real war,” says Liao Shiming, a financial columnist and commentator. “It’s a war between ideologies. And it’s time to find out who the winner is.”